Rowan University College of Performing Arts has always had the reputation of being an excellent pathway into the entertainment arts. Students are given first-hand experience with the arts through acting, musical theater, directing and much more.

Professors with years of experience have become mentors for their students to help guide and keep that creative inspiration alive within them so they can achieve their dreams beyond the Wilson and Pfleeger Concert Hall walls.

Nick Flagg, age 23, is one of those students who has been growing and showering their love for the arts amongst the South Jersey community. Flagg recently graduated from Rowan in 2022 with a B.A. in Theatre Arts with concentrations in directing, theater education, musical theater and acting, as well as a B.A. in Advertising.

Flagg’s love for the arts started when he was young. He drew in front of the television and also directed and performed little skits with his cousins at family gatherings.

“I always loved anything that allowed me to be artistic and to create… Art has always been my way of communicating and sharing experiences of my own and learning about experiences I may never experience,” he said. “It has been my escape when down and my reason for feeling at home.”

In kindergarten, each student in his school district was assigned a journal. In those journals were selected prompts that asked questions such as “What do you wanna be when you grow up?” and “What are you involved in during the school year?”

Flagg recalls placing a picture of himself holding a paintbrush standing in front of the Eiffel tower and writing that he wanted to be an artist when he grew up. Little did he know that there were various ways for one to become an artist.

Throughout Flagg’s artistic journey, he can recall the handful of moments that really helped him realize the path of theater arts was his calling. But to him, it wasn’t just the shows he was part of — but the people who helped guide him to be the best that he could be.

The very first production he was part of was a musical called “Seussical Jr.” He remembers the part he played to be very fun, and how rewarding it was to work with so many talented people — some of which he continues to do shows with to this day. Director and teacher Ken VanDyk helped create a balance of practicing while having fun for Flagg and his castmates.

“‘You can always add on to the acting choices you’ve already made. You can never be more than a 9 out of 10 because you can always add something new to the story,’” Flagg said, quoting the advice given to him by VanDyk.

During Flagg’s undergraduate years, he worked with two professors who also had a great impact on his outlook in theater and learning. Professor Michael Dean Morgan and Flagg were working on a scene and were really struggling to find the truth in the character.

“He told me to ‘Just be. Nick is enough,’” Flagg said. “Those words allowed me to not only live in [the] circumstances of a character but to never be afraid to bring myself to the work.”

Flagg felt as though this piece of advice was something he could personally bring to every space, and also encourage his students to do as well.

Professor Melanie Stewart was directing a satirical piece surrounding the political climate of the US. Due to the many issues covered, it wasn’t always easy to poke fun at what was talked about.

“She told us to ‘find the fun in what we were doing, whatever that may be,’” Flagg said.

Stewart always began rehearsals with playful warmups that helped transfer that feeling of fun to the work. This helped Flagg to adopt this mantra and put it in his everyday practice, and to make work feel less like work.

For theater, there is a strong stigma against men who pursue it to be less masculine due to the fact that society often considers theater a more feminine thing to do. Flagg makes it clear that theater does not hold that label of masculinity or femininity, but allows people to tap into both sides of those traits and learn that it’s okay to be emotional.

“Throughout my journey in theater, I haven’t had a lot of leading male representation in the creative spaces I worked in. But when I did, they really had an impact on me,” Flagg said. “They showed me that men are capable of emotional intelligence and acting in positions we often expect women to. These men were always educators.”

For most of his childhood, he followed the stereotypical “boy” plot line — video games, sports, airsoft — and while he did have great memories with his friends, he did not always connect with what “boys should do.”

“I had my Troy Bolton phase where I played basketball and did shows, and let’s just say I wasn’t the best at playing sports. But I always felt like I had to because that’s just what guys did,” Flagg said. “But why? Why is it always expected of boys to stick to physical and competitive activities and girls to sensitive and creative ones?”

Although Flagg learned the value of dedication and collaboration amongst a group of people, he speaks about having a hard time learning how to communicate, specifically emotionally.

Within Flagg’s journey in the theater arts, he actively tries to blur the lines of masculine/feminine traits and to not correlate such traits with gender. Flagg believes we live in a society that is not as binary as before, and truly thinks that it never really was.

“Conversations are starting to be had, from perspectives that we haven’t seen represented much before. These perspectives are leaning more towards empathy, which I think lives in the realm of femininity,” Flagg said. “Our society has been founded on a lot of masculine traits, often by men. Though having masculine traits is not poor, some have led us to this thinking that femininity should be second to masculinity, when really they both should just be always welcome from whoever.”

He’s grateful that he has a fair share of both masculine and feminine traits. Before, Flagg used to hide his feminine side for fear of being “less of a man,” but he grew more as a person and learned from some insightful and knowledgeable men. Flagg learned there are so many more ways to be a man than what society claims there are.

Since Flagg first started in the theater arts, he has gone on to do many scripted productions. When he was in high school, Flagg was very involved with the drama club, took acting and choir classes throughout school, did summer camps and community theater.

He was in a range of shows such as “Twelfth Night,” “Into the Woods,” “Grease,” “Pippin,” “Footloose,” and “The Little Mermaid.” Being in both the ensemble and in leading roles helped Flagg to be able to see lots of different aspects of a cast and how everyone on stage is vital to the telling of the story.

During his undergraduate year at Rowan University, Flagg spent some time getting involved with the theater department’s productions, which were very different from the many scripted productions he had previously done in the past.

“We were doing work that was abstract and took research and analysis. These experiences were often devised works,” Flagg said. “These works felt foreign at first, even though they were driven by complex movement and vocal execution. I was able to look at theater as less of a spectacle practice and more artistic.”

Out of Rowan University, Flagg went on to do community productions. He revisited “Into the Woods,” first playing the Steward and then Rapunzel’s Prince. He branched out towards a theater he hadn’t worked at before. During his senior year, Flagg auditioned for The Levoy Theater’s production of “Elf” and was cast as Buddy.

“It was one of the busiest and rewarding experiences at the start of senior year,” said Flagg.

When Flagg isn’t working in the theater or classroom, he is giving private acting lessons to students who wish to pursue the arts. Flagg also is a photographer and has been shooting headshots and production shots across South Jersey and Philadelphia.

Flagg gave advice to those struggling with creative block: “I would tell them to always look to be their most authentic self in every space. That way, they know who they are and what they are capable of. ‘Just be.’”

He followed by advising those to look for the work that makes them feel purposeful and fulfilled. Anything that feels rewarding won’t feel like work. If you open your arms towards the possibility of making a mistake, you have to be willing to look to learn from it.

“Simply thinking forward and looking for how else you can progress as an artist is what will open doors,” Flagg said. 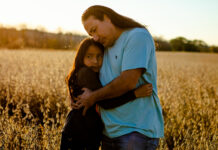 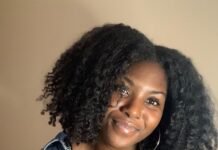