The Rebellion Heats Up

A new hockey team has come into town, just down the road from Rowan University at Hollydell Ice Arena in Sewell, New Jersey.

The Philadelphia Rebels are a member of the North American Hockey League, a Tier II junior hockey league with 28 other teams that elevate the game of hockey players ages 16-20 years old. Many of these players are playing across the country to get more time on the ice before college, and 76% of the players from the 2021-2022 season are committed to DI hockey programs.

The Rebels just relocated from Jamestown, New York, and have made their home in South Jersey. Philadelphia has started this season with a record of 7-15 with a total of 15 team points, but went on a hot streak after winning two games on Nov. 18 and Nov. 19 in Danbury, Connecticut.

They won game one of the trip in a thrilling 2-1 overtime contest against the Danbury Jr. Hat Tricks. Both teams went into the night with a record of 1-8 in their last ten games.

The contested battle started with a goal for the Hat Tricks from Nash Jacobsma with 30 seconds left in the first period, but Philadelphia matched that goal about halfway through the second with a goal by defenseman Dylan Blue, with an assist from captain Connor Sedlak.

Three penalties were charged to finish out the period, with four more coming in the third period of play. Without any more goals during regulation, both teams were forced to go into a three-on-three overtime period. With just 1:47 left before a potential shootout, rookie center Matt Lewis scored an electric goal unassisted for his fourth of the season.

For game two of the series, the Rebels were on fire, scoring seven goals on 31 shots compared to Danbury’s lone goal with 32 shots on net.

Maxwell Marquette scored his second goal of the season seven minutes into the first period, and Tyler Stern did the same six minutes later during their first power play of the game. The team’s leading goal scorer, David Deputy, followed that up with a goal of his own 13 minutes into the game. If that wasn’t enough scoring for one period, new Rebel Dominic Foglia scored his first goal in a navy blue sweater with just 1:27 left in the period.

For the second period of play, the Hat Tricks scored the only goal from Chicago native Ryan Johnson. The last three minutes of the game were used as a final dagger for Danbury. The captain Connor Sedlak racked up his second point in two games and second-year forward Oliver Band put his third goal of the season in net during a powerplay. The final goal went to Dylan Blue, who scored twice in two games with eight seconds left in play.

The Rebels’ hot streak didn’t continue after multiple losses to the Johnstown Tomahawks and will look to get back in the win column when they take on Danbury Jr. Hat Tricks again on Dec. 2 and Dec. 3.

Baseball fans are ecstatic as the All-Star Game has officially found its home for three of the next four years.

Next season the Seattle Mariners will host the All-Star Game for the third time in franchise history. They held the break during the 1979 and 2001 seasons. This will be great for the team’s exposure and branding as they have revamped their roster this past season, making the playoffs for the first time in 21 years.

Just recently, MLB announced that the 2024 festivities will move to Globe Life Field in Arlington, Texas. This will be the second time that the Texas Rangers will host the midsummer classic, with 1995 being the first one.

The Rangers may not be as successful as the Mariners were, but their stadium is almost brand new. The $1.2 billion stadium was opened to the public during the 2020 season and will be an ideal spot for baseball to expand the game to fans in southern states.

2026 is the next All-Star Game that is scheduled, with the players making a trip back to the east coast as the Philadelphia Phillies will host the summer events for the fifth time in franchise history. The Phillies have a deep history for summer break dating back to 1943, as well as the1953, 1976, and 1996 seasons.

The Fightin Phils are hot off a World Series and are poised to reload their team for next year. If the team can continue their success, they’ll be able to capitalize on their star power within just three years.

While those years are set, the location for the 2025 All-Star Game is still up in the air, and teams like the New York Mets, New York Yankees, San Francisco Giants, Boston Red Sox and Toronto Blue Jays have all put in a bid to host the midsummer classic.

The Mets and Yankees both are competitive teams for the foreseeable future and have the money to back up their roster, as well as fund the festivities during the week if it will be in New York.

The Giants are an interesting team as their farm system isn’t filled with prospects. They have an aging lineup but have one of the best stadiums in baseball.

The Red Sox are a team that will spend money on team operations but are cheap when it comes to their players’ contracts. They most likely won’t be able to be a playoff team by then, but just like San Francisco, Fenway Park is one of the most iconic parks in all of sports.

The last team of the bunch is the Toronto Blue Jays, who would be looking to host the game for the second time in franchise history. Toronto is a borderline postseason team that can translate their regular season success with a couple more pieces.

The All-Star Game is a big deal for baseball teams, as they have the opportunity to make tons of money on merchandise and potential food and beverage sales throughout the All-Star week. It’s a bidding war each year as teams fight for the chance to host the game, including Fan Fest, the HR Derby, and the Futures Game. 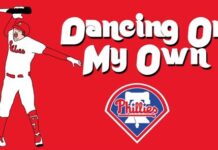