Luca Guadagnino’s “Bones and All” is an adaptation of Camille DeAngelis’ novel about teenage cannibals on the road feeding their hunger.

This is lead actress, Taylor Russell’s, first project with Guadagnino — meanwhile it’s the second project for actor Timothée Chalamet as he previously starred in his film adaptation of “Call Me By Your Name.”

Maren (Russell) is the new girl again at her school and is invited to a sleepover. When her father locks the door of her bedroom from the outside, she climbs out the window and walks to the sleepover. The girls are painting one another’s nails and when one of them shows Maren her fresh coat of copper fever, Maren bites her finger and shreds the flesh off.

When Maren returns home, saturated in blood, she bangs on the front door of her house. Her father says, “You didn’t.” Then, he urges her to quickly pack up her things and they flee the town. The audience is now very aware that he knows about what she is — if they didn’t already gleam that from the lock on her bedroom door from the outside.

She awakes, abandoned by her father. He leaves behind his jacket and a tape of his voice that narrates her childhood of killing people that she forgets entirely. She insists she blacked it out.

As a newbie to this lifestyle, Maren decides to travel on the road in hopes of locating her mother. On her travels, she meets others like her, eaters, who can apparently smell one another. One just eats as a groupie, one makes a rope of their victim’s braided hair, and one she falls in love with.

Actor Michael Stuhlbarg who plays Chalamet’s father in “Call Me By Your Name” also makes an appearance in “Bones and All.” In these two films, there is a scene where Stuhlbarg’s character is giving advice to Chalamet’s character. While “Call Me By Your Name” is a speech about love and loss, “Bones and All” is an unnerving speech about the derivation of the phrase “bones and all.” These scenes with Chalamet and Stuhlbarg from these two films parallel one another.

Stuhlbarg’s character explains how there is before bones and all and then there’s after. The phrase bones and all means quite literally what it says.

The film’s score is by Trent Reznor and Atticus Ross of Nine Inch Nails. They often do scores for David Fincher’s films. They also did the score for the film, “Waves,” which was the first film where most people first got wind of Russell. The standout tracks from the “Bones and All” score are “Good and Destroyed” and “(You Made It Feel Like) Home.” Musician Ethel Cain also released a song titled, “Famous Last Words (an ode to eaters),” after watching and obsessing over the film.

Aside from the jarring noises of the characters munching on human flesh, the film wasn’t that disturbing to me, personally. I feel like it could’ve been gorier. However, maybe it has to do with the fact that director Guadagnino wanted to focus on the themes of coming of age and teenage runaways in love — rather than violence. I think if this film is remade down the line, someone else could take another direction to the film and focus solely on a horror theme.

Overall, Guadagnino took a chance with this film. Considering cannibalism is a wild and controversial concept — it was portrayed relatively well. I think to fit the times in which this film was made, it was crucial to focus on such themes as coming of age and love. It doesn’t take away from this taboo concept of glorifying cannibalism, but it sort of makes it justifiable and acceptable in society.

I think this film sits well alongside films like “American Honey” and “Raw.” If you believe cannibalism is similar to vampirism in a way then I believe it would sit alongside the film, “The Lost Boys” and even the novel, “Midnight Sun.” 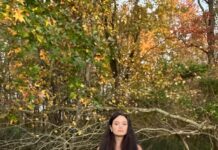