College student-athletes represent more than just themselves during their time at school and, at times, can be limited to what they say if it doesn’t align with the policies set forth by the respective athletic department. At Rowan University, the athletic department has set forth policies that align with student athletes’ First Amendment rights while also better educating them on personal branding.

Dr. Giannini took over as Rowan’s Athletic Director in 2019 and the first time he faced an issue regarding a student-athlete sharing an opinion on social media that some people could object to, he learned quickly how to handle these situations.

“The first time that happened, I consulted with others and the answer I clearly got was, ‘Yes it’s objectionable, but it’s also freedom of speech.’ So I learned immediately that you can’t penalize or discipline them for a viewpoint. You can discipline them for the way they treat other human beings but not for simply expressing a viewpoint,” said Giannini.

At the beginning of each season, the athletic department gathers with various teams around campus to talk about their roles as representatives of the school pertaining to social media.

During her time at Rowan, she never felt her First Amendment rights were restricted because of her association with athletics. When it came to social media, Sparano knew her presence conveyed online can have future implications in the job market.

A popular topic around conducting yourself on social media is whether or not you should be sharing photos with alcohol or drugs in them, especially as a member of a group that represents the university.

When it comes to that, athletics does not intervene unless it’s breaking the law.

“Our policy on things like alcohol and drug use is that they have to follow the law. So if they were posting pictures of underage drinking that’s something that not only athletics but also the university would have a concern with. As long as something is within their legal rights we don’t penalize them for it,” said Giannini.

Gil Ferreira of the reigning NJAC championship men’s soccer team also felt his freedom of speech wasn’t being limited by athletics and believes in representing more than just himself.

“For the most part, no, I don’t think it’s really restricting. I think it’s fair. It doesn’t cross a line where I’m not allowed to do or post certain things. I don’t want to post myself like going out having a beer while I’m underage. It doesn’t have a good look for myself and my teammates or my program. It’s just common sense. It’s not something that I would do,” said Ferreira.

According to Giannini, he is extremely proud of the 500 student-athletes at Rowan for the ways they’ve succeeded on and off the field. However, with social media only becoming a more central part of people’s lives, social media training on personal branding wouldn’t hurt and it could even teach student-athletes how to better promote themselves.

“We already do code of conduct education, Title IX and sexual violence protection training. I think social media training would be a great idea. We’re lucky we haven’t had a pattern of problems in that area because social media is such a large part of so many people’s reality that it probably does merit more attention and training,” said Giannini.

“I don’t think it’s a bad idea. Right now everything is on social media. So I think training and helping us to promote ourselves as athletes could be a very good idea. Social media is huge and it’s just going to continue to grow. Learning more about social media could help us a lot,” said Ferreira.

With freedom of speech being something that constantly evolves, Rowan’s athletic department has the right training and leadership to serve its athletes.

Rowan University is a public university that requires the college to respect students’ First Amendment rights to the fullest extent. 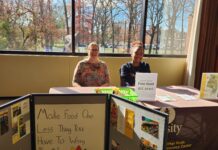 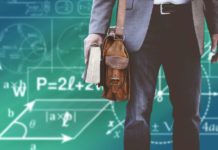 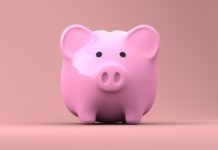 Editorial: Should Internships be Paid?