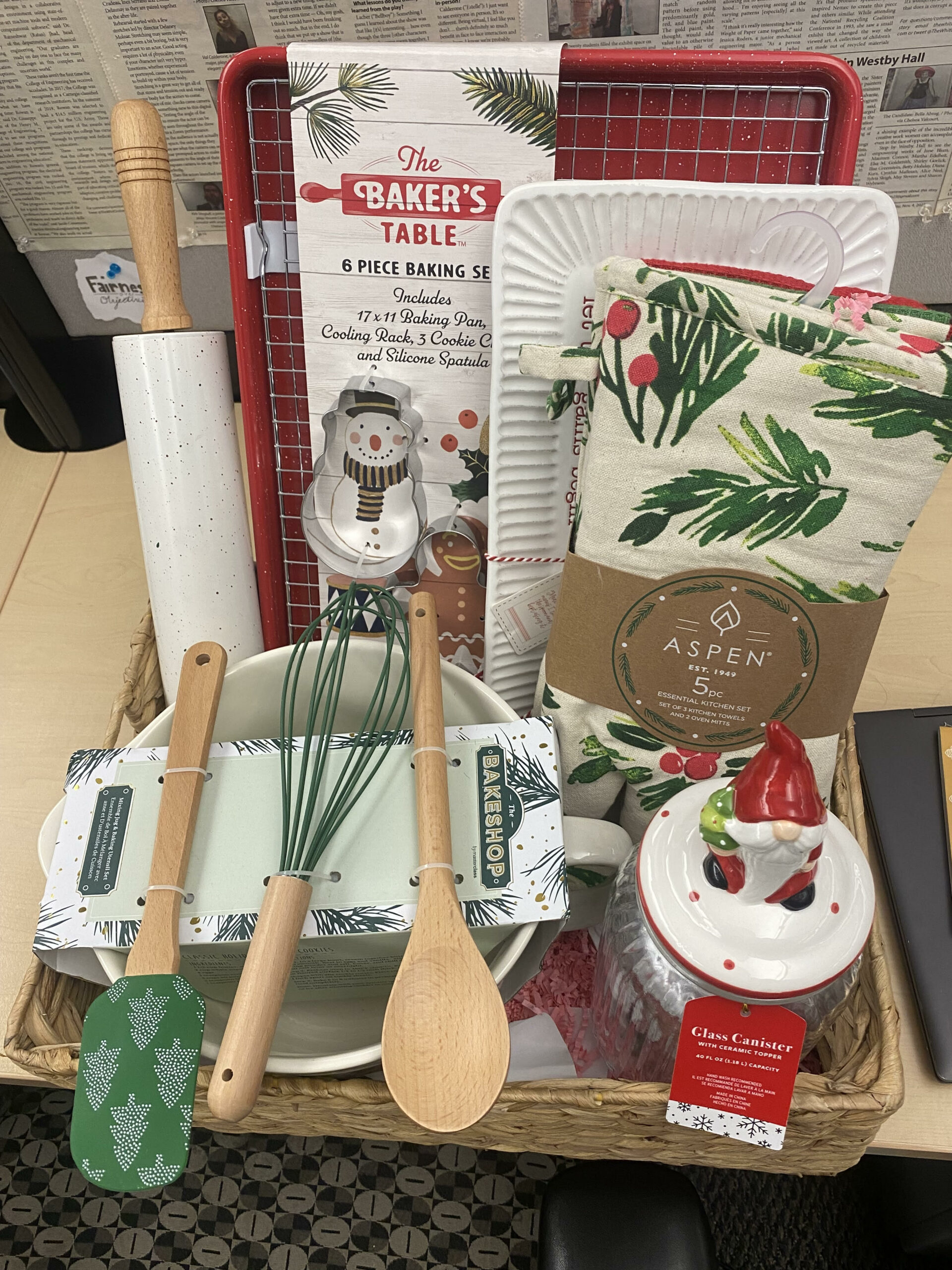 On Nov. 14, SUP hosted its 56th annual Holiday Helper charity auction. All proceeds from this event were donated to the Gloucester County Toys for Tots. A total of 44 auction items and 16 raffle prizes were donated by local businesses, Rowan faculty and students, and Rowan organizations. The organization of this one-night event began nearly seven months ago.

“While it may seem like a lot, my team and I have an organized system that we used to make this event a success year after year,” said Rachael Owen, senior public health and wellness major and director of charitable events for SUP. “In the end, it’s all worth it when we receive our grand total at the end of the auction for the charity we’re raising money for.”

There were a total of five “college pride” packs provided by the College of Nursing and Health Professions, Business, Communication & Creative Arts and two from the College of Engineering. Each pack included various branded materials from pens to t-shirts and magnets. The College of Performing Arts also donated a basket containing tickets to some of their upcoming events.

Rowan Housing donated a priority housing certificate and RAH provided a basket filled with perks for their various events including VIP tickets to Hollybash 2023. In addition, a signed Noah Cyrus poster from Hollybash 2022 was sold and The Office of the President offered a lunch with Rowan’s President Ali Houshmand, Ph. D.

High ticket items from the night included two separate opportunities for Philadelphia Flyers tickets with free parking and passes to Adrian’s, an autographed Jalen Hurts football with an accompanying display case and a letter of authenticity. Plus, some gift baskets were filled with gift certificates for businesses in the local area.

The auction was energetically facilitated by the Vice President of Student Affairs and Dean of Students, Keven Koett, Ed. D. Since the pandemic, the event has been moved online. Bids were placed using the fast-paced chat feature.

“Seeing the interactions between friends and strangers in the chat box as we go through item after item really makes it feel like the holidays,” Owen said. “At the end of the day, Holiday Helper is a really cool event to be a part of and has been such a major part of my time here at Rowan.”

Two separate raffles ran concurrently at the event. Each registered bidder received one entry into the drawing for free but was provided the opportunity to make additional donations in order to gain more entries. Donations were sent via Venmo and $5 would get you 7 additional entries, $10 equaled 12 more entries and $20 resulted in 30 more entries.

The first raffle included prizes ranging from a “Dining in Deptford” bundle, donated by Deptford local businesses, and a “Collingswood Favorites” basket, donated by local Collingswood businesses, to a Rowan Radio Swag bag and a Soda Stream donated by the Lizza family. The winners of this raffle were announced after item 18 and the second raffle opened.

In total, the auction and raffle brought in an estimated $4,200 for Toys for Tots.

“Holiday Helper is one of the oldest traditions on campus,” said Owen. “I’m so excited to see how Holiday Helper will evolve in the years to come.”