In the early morning of Sept. 23, a female Rowan student reported to police that she was the victim of “unwanted sexual contact.”  The female student’s identity was left anonymous in order to protect her.

On Sept. 29, Rowan sent an email titled “Timely Warning” that read, “In compliance with the ‘Timely Warning’ provisions of the federal Clery Act, the Rowan University Department of Public Safety is giving notice of an incident involving unwanted sexual contact reported by a female student victim to have occurred during the early morning hours of 9/23/22. An investigation is underway.”

According to the Jeanne Clery Act, colleges and universities are required to report crime data to support victims of violence and improve campus safety.

There were no follow-up emails after the initial one sent on Sept. 29, and on the Rowan Crime Log there is nothing pertaining to any sexual assault case.

Sexual assault, as defined by the RAINN organization, is “contact or behavior that occurs without explicit consent of the victim.”

The Rowan Department of Public Safety and Rowan police are handling the sexual assault case. Sgt. Rachel Baum at Rowan University handles cases such as these.

“Any sex assault cases that are reported on campus would get handled the same as they would by a municipal police department,” Baum said.

It is unclear whether or not the case is active, as Rowan police cannot give any public statements at the moment. As of now, no perpetrator has been identified.

Concerns regarding student safety have been the talk among Rowan students. There have been mixed feelings.

“I feel safe on campus when I’m walking with a group, or by myself during the day, but going to campus after a certain hour is a no-go. Even with friends, I’m always catching myself looking behind me just in case,” Rachel Alesiani, a sophomore biology major said.

According to the RAINN organization, “women ages 18-24 are at an elevated risk of sexual violence.” RAINN also reports that sexual assault is a more prevalent crime on campuses than robbery. For every five robberies, there are four sexual assaults; for every two sexual assaults, there is one robbery.

“I would say, for the most part, I don’t feel as safe as I once did before. The alerts that we have been getting really make me realize that it can be anyone and anytime which scares me. I’m always prepared when I leave my building and try not to walk alone,” Rianna Moses, a sophomore, journalism major said.

The numbers continue to astonish students.

“It’s sad that we live in a world where this is so frequent. School should be a safe space for everyone I have a night class and I can’t help but feel on edge when I’m walking back to my car or being approached. You never know what people are thinking,” Mya Thomas, a senior journalism major said.

Sexual assault can happen to anyone. According to RAINN “2.5% of males experience rape or sexual assault through physical force, violence, or incapacitation.”

Rowan Department of Public Safety offers a plethora of options to ensure student safety, from self-defense classes to safety escorts.

“Anybody that feels like they need an escort for their safety, we do walking escorts 24/7. If somebody is disabled and requires a ride then we can set that up as well,” Baum said.

All around campus, students can also find code blue phones that will direct a student in need to emergency dispatch.

“It’s hard getting the word out sometimes. We’ve got our Facebook page, it’s kind of hard to get people to follow any of that,” Baum said.

“If you see something that you think is wrong then say something,” Baum said. 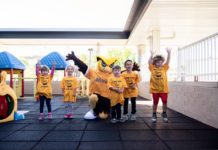 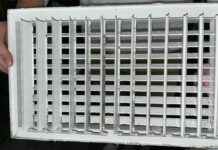