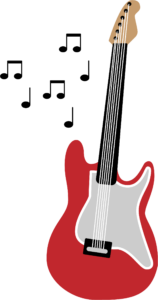 As the weather gets colder, there’s nothing I’d rather do than lounge under a blanket and watch music documentaries. This week, I offer five documentaries I love and hope that you will enjoy them as much as I do.

Dave Grohl’s directorial debut is the story of Sound City, a recording studio in Los Angeles that was known for its vintage Neve 8028 recording console. It was home to the origins of Fleetwood Mac, Rick Springfield, and Tom Petty and the Heartbreakers. Some of the most important rock albums created across four decades were recorded within the dilapidated walls of the studio.

“Sound City” is centered around the career of the studio but it’s guided by the evolution of recording technology. It seeks to link the “family” of people who worked and wrote at Sound City with the human element of music which was compromised by digital recording and Pro Tools.

When the studio closed in 2011, Grohl moved the Neve board to his own Studio 606, preserving the analog console and recording several songs with musicians who had previously recorded at Sound City. It’s a touching story with insight into the emotions behind the recording process and you’ll learn more than you would expect about Rick Springfield.

My introduction to hardcore was through the Washington D.C. scene, and so it’s always remained close to my heart. “Salad Days” is a solid and fairly comprehensive account of D.C. punk, from hardcore to proto-emo. It also does well to establish the context of the city. In the ’80s, Washington D.C. was in a state of economic decline and violence. As the nation’s capital during the Reagan years, it was the homeland of the rise of conservatism. The punk scene, which grew underneath that society, was especially unique, as exemplified in phenomena like straightedge and Revolution Summer.

Although this documentary features people you can find in most other punk documentaries – Henry Rollins and Ian MacKaye may be in just about every documentary ever, with good reason – there are still new perspectives. Something refreshing about “Salad Days” is that while it has its nostalgic moments, it doesn’t put an overly-positive revisionist sheen on the scene’s history. If D.C. go-go music does not ring any bells for you, give this a watch.

This documentary is part reflection on an impressive forty-year career and part fans heaping praise, but it’s fitting considering Rush’s accomplishments. Full of appearances from fellow musicians across genres, “Beyond the Lighted Stage” takes on the challenge of documenting the band’s prolific career with twists and turns both musically and personally. In typical Rush fashion, it maintains a light-hearted earnesty.

I do wish that it had spent a bit more time on records from the mid-eighties synth era, but being unable to fully cover all 19 studio albums is not a major setback for this documentary. It’s a feel-good story about a band who blazed their own path and rolled with the waves of mainstream affection and rejection to establish their own corner in culture, with a dedicated and notoriously nerdy fan base making it possible.

At times, “Instrument” feels like an art film rather than a documentary, but that’s part of the appeal. Paired with a mesmerizing soundtrack of demos and avante-garde pieces, “Instrument” was filmed from 1987 through 1998, documenting post-hardcore band Fugazi. It includes live shows, studio footage and home videos from tour. Fugazi was a band that kept their business close, and it was compelling business. The inside of such a dedicated do-it-yourself group is as inspiring as it is challenging.

Some of the most fascinating moments for me are interviews with show attendees in the ticket lines and venue parking lots, which reveal the intrigue and mixed views which surrounded Fugazi. The interviewees range from a hardcore guy who dislikes Fugazi’s music but is at the show out of respect for singer and guitarist Ian MacKaye’s previous band Minor Threat, to a woman holding an infant who heard the band on NPR and thought it would be a nice show for her family to attend.

When director Doug Pray began working on a documentary about the Seattle music scene in 1992, he felt it was already too late. The media had picked the “grunge” bands clean and Pray had to face a community of musicians who were splintered and suspicious of all prying eyes. That cynicism, however, is exactly what makes “Hype!” such a fascinating watch. “Hype!” does not try to narrate the story of Seattle alternative rock in the late ’80s and early ’90s, but lets the musicians themselves tell the story with raw honesty, wit, and plenty of sarcasm.

Although Pray felt that it was too late for a documentary about grunge music, it makes for an original perspective. It’s a collection of people processing the effects of fame as the dust settles, existing somewhere between apprehension and a need to tell their own story. Part of its genius is the live footage from a variety of bands who were overlooked in the frenzy, showcasing artists such as The Gits, The Fastbacks and Dead Moon. The result is a documentary that gets as close as possible to giving a complete picture of the elusive, yet massively influential, Seattle scene. Out of all the documentaries on this list, “Hype!” is the one that I have re-watched the most. 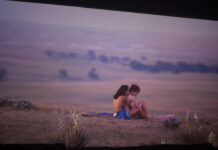