Women’s ice hockey is back at Rowan University.

As the team heads into a new season, seniors Erin Campbell and Gia Caruso are ready to lead by example to help the new players coming in.

“We have to set an example,” Caruso said. “We have eight or nine new players. So we definitely have to show them our process because it’s definitely different than what they’re used to.”

Assistant Coach Dan DiMonte is confident that the team has a good chance to win the Delaware Valley Collegiate Hockey Conference Championship, which could put them on the road to a national championship.

Rowan has added lots of tools with eight new players coming in from tryouts. Out of the freshmen class, there are four new forwards, three new defensemen and one new goaltender.

Dallas Hainsworth, one of those new additions to the roster, will be joining junior Savannah Thomason in sharing the responsibilities of goaltender this year. Coach DiMonte reflected on the differences between the two netminders.

“Dallas [Hainsworth] is actually a leftie so it’s interesting to see the difference between the two,” Coach DiMonte said. “Just like any other college team, your more experienced players are your go-to and that’s definitely going to be Savannah [Thomason] for us this year and she definitely deserves the opportunity to play against the top teams in our region.”

Last season, the Profs were a goal-scoring team, having multiple games where they found the back of the net at least ten times, and this year they’re heading for that same outcome.

“I think we set up plays very well and there was not a lot of us last year,” Campbell said. “Now there is so we kinda know how each other played and we moved the puck really well. I definitely think we’re more of a goal-scoring team.”

Overall, Coach DiMonte is excited for both the athletes from their women’s and men’s teams to represent Rowan on the ice.

“All these people here [on the women’s and men’s teams] proved that they are Rowan Ice Hockey through and through, that’s why they have letters on their jerseys,” Coach DiMonte said. “We trust them to do the right things at all times and rep the program.”

Rowan women’s ice hockey team is ready to represent the Profs this season and hopefully, bring home a championship.

“I think that this year’s team has a chance to go back [to nationals],” Coach DiMonte said. “Play for more and kind of send off our players that really helped build this program with a chance to play for a national championship.”

The puck drops for the first time this season Sunday, Sept. 25, at 3:45 p.m. at Hollydell Ice Arena as the Profs are set to face the University of Pittsburgh. 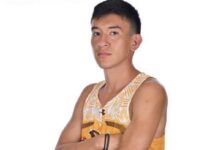