While the Student Government Association (SGA) governs us, their bylaws govern them, thus creating a perfect balance in which we elect students into positions of power and that power receives a series of checks and balances. But when this association knowingly disregards limits to their power, where does their authority end?

At The Whit, the majority of our funding comes from SGA, but as an institutionalized club, editors and writers have no responsibility to the association, nor are we asked to attend any of the traditionally-required meetings. This allows for The Whit to take public action in holding SGA accountable.

In 2020, former editor at The Whit, Alex Rossen, spoke out about a mandatory SGA senate meeting being scheduled for Rosh Hashanah the year prior. After several back-and-forth opinion pieces in The Whit, letters to the editor from SGA, and talks of a resolution, SGA created Section 300, Number 301-10.

“[The Assistant Vice President of Diversity, Equity, & Inclusion (DEI) shall] ensure with all due diligence that major religious observations do not conflict with SGA programming, under the advisement of the Division of DEI,” the bylaws read.

On Sept. 16, President Kathryn Seu of the Rowan Center for the Study of Holocaust, Genocide, and Human Rights (RCHGHR) responded to an email notification from the student Assistant Vice President of DEI, Raymond Wos, Jr., in which clubs on campus were informed of a DEI meeting on Sept. 26 that requires one representative from each club to attend. Seu informed Wos that this meeting was scheduled for Rosh Hashanah and that many students may not be able to attend because of religious reasons.

Wos initially responded that he would be mindful of holidays in the future and for now provide an excused absence to any students who could not attend because of their Rosh Hashanah observance. However, after further discussion of SGA by-laws between Seu and Wos, Wos agreed that the meeting should be canceled.

“I want to acknowledge and thank Kathryn… for bringing this issue to my awareness,” Wos said in an email to Seu and several SGA members. “Because of this, holding an SGA-issued meeting during this time would violate the official SGA bylaws. Most importantly, [thank you Kathryn for] holding the Student Government Association accountable through the bylaws.”

Wos further notes that all of SGA’s first committee meetings fall on Rosh Hashanah, explicitly states that this event is a “major religious observance,” and concludes this conflict is his responsibility to amend.

“I highly recommend that all of the SGA committees on Monday, September 26th at 7 PM be canceled,” Wos said in the email.

Although The Whit believes this was the appropriate correction suggested by Wos, this was not the end of the discussion.

On Sept. 19, SGA President Paige Bathurst sent a final email to Seu—completely backtracking the intentions of Wos. According to Bathurst, SGA did work to ensure that their major senate meeting did not occur during Rosh Hashanah, but will not reschedule committee meetings.

“There were clearly some miscommunications through these emails. This is something SGA will be working on moving forward,” Bathurst wrote in an email to Seu, Wos, and other SGA members. “I know it is frustrating that we cannot be mindful of every religious holiday… [The University calendar] provides little to no representation to most religious holidays, but specifically the minority religions’ holidays.”

While Bathurst is accurate in her statement regarding the university calendar, it is the position of The Whit that the university’s representation within the academic calendar has no impact on the operation of SGA and Section 300, Number 301-10.

If SGA wants to reserve the right to distinguish between what it considers “major religious” holidays it needs to be explicitly stated and communicated within their bylaws.

It is not our position to decide what religious observances do fall into this category and what programming qualifies, but it is our opinion that SGA must follow the bylaws they have set in place for themselves or amend them to be more precise in this regard.

The Whit believes that SGA is not in a position to choose when they abide by their bylaws and when they don’t. As elected officials, it is their job to set the precedent for the student body, and if they expect SGA-approved organizations to be accountable for their actions, SGA must be held to equal account.

Letter to the Editor: Alumni Concerns About SGA Conduct 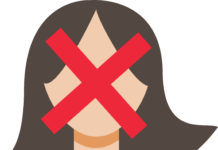