Police Chief Joshua M. Moline of the Woodbury Heights Police Department was placed on administrative leave after being charged with simple assault, after an “off-duty incident.”.

The incident occurred on March 19 in Woolwich Township, where Moline lives.

Moline’s about page on the Woodbury Heights Police Department website states he was promoted in 2018 and grew up in Woodbury Heights where he graduated from Gateway Regional High School in 2000.

Molin also served in the United States Marine Corps for four years after graduation and then began working at the police department.

According to the summons issued, Molin was accused of causing injury to someone’s neck according to an affidavit of probable cause. Little else is known about the incident, but Molin has been issued a summons to appear for a hearing on May 26.

Moline will be on leave, with pay, “pending the outcome of the court case,” his annual salary being $107,713 according to state pension records.

Another officer, Myron V. Ford, was recently indicted by a grand jury after he allegedly tried strangling a woman during an “off-duty domestic violence incident” from last year, according to an NJ.com article.

The 37-year-old has been with the Deptford Township Police Department since 2009.

Ford was indicted last week for aggravated assault and strangling of the second degree and faces a fine up to $150,000 or prison time of up to 10 years.

States away in Minnesota, Officer Christopher Allen Lee, was “relieved of his duties” after an alleged complaint that he kicked and shot through a bedroom door that was locked where another resident was, according to Marshall Independent.

The alleged assault occurred on April 15.

Nearly 34% of women and 25% of men in Minnesota experience domestic violence and 33% of domestic violence homicides were committed with firearms, which isn’t far from New Jersey’s numbers, according to the National Coalition Against Domestic Violence (NCADV).

There were 63,000 domestic violence offenses reported in 2016 and almost 3,000 arrests for violations of protective orders.

According to the Community Orientied Policing Services (COPS), the International Association of Chiefs of Police and the U.S Department of Justice’s Office on Violence Against Women worked to create a “model policy” for “domestic violence committed by police officers.”

The COPS continued to state that “a law enforcement agency should implement a zero-tolerance policy toward officer-committed domestic violence, which begins with screening and investigating prospective officers pre-hire, post-conditional offer, and post-hire.”

It also recommends that law enforcement agencies should provide a “point of contact” to significant others and family members of the officer.

The United States saw an 8% increase in domestic violence at the beginning of the pandemic in 2020, according to the Council on Criminal Justice.

The lockdowns caused a separation of friends, families, teachers and other people who would normally report suspected domestic violence.

The article stated that the impact of the pandemic likely “exacerbated” factors associated with domestic violence.

According to NCADV, whether an abuser has access to a firearm can increase the risk of women or female partners being killed by 400%.

For those seeking help: 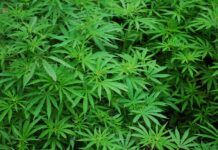