On March 30, the Glassboro Police Department announced they would be “cracking down on distracted drivers during April as part of New Jersey’s ‘UDrive. UText. UPay’ enforcement campaign,” in a press release.

Law enforcement will be focusing on drivers who “engage in dangerous distracted driving behaviors” such as talking on the phone and texting.

Texting while driving uses all three types of distractions.

“New Jersey is one of eight states nationally to receive dedicated federal funds this year to tackle the issue of driver distraction,” the press release read.

The federal funding used will be for police overtime and public-awareness multimedia, both locally and throughout the state.

The press release described distracted driving as “any activity that diverts attention from driving” such as eating or drinking, adjusting the air conditioning or heat, and changing the station on the radio.

“Driver inattention was a contributing circumstance in nearly 49 percent of NJ crashes in 2019,” the Glassboro Police Department wrote.

According to NJ.gov, New Jersey has banned the use of “handheld cellular phones” while driving, and is punishable by various fines of:

The press release also stated that, according to The National Highway Traffic Safety Administration, 3,142 people were killed in distracted-driving crashes in 2019. Additionally, around 400,000 people were injured in the United States during the same type of incident.

“A higher percentage of drivers ages 15-20 were distracted than drivers age 21 and older,” the CDC wrote in an article, 9% of which were distracted. Coming in second were drivers between the ages of 25 and 35 at 7%, while those between 21 and 24 came in third at 6%.

In New Jersey, “30% of drivers involved in distracted driving crashes were 21 to 30 years of age,” according to the New Jersey Department of Law and Public Safety.

According to Carsuarance, about 400 crashes occurred “due to cell phones” in 2019.

“Around 1% of the 33,244 fatal accidents and about 13% of all fatal distraction-affected crashes in the United States included cell phone use in 2019,” the article read.

Texting is now considered more dangerous than driving while intoxicated and is the most dangerous form of distracted driving because it involves “visual, manual, and cognitive distractions,” according to Drive Safe Online. 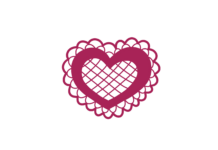