The stupendous, two-night event that is known as WrestleMania has now passed and the weekend was jam-packed for wrestling fans.

Starting on Friday, April 1, World Wrestling Entertainment (WWE) held its annual Hall of Fame, where pro wrestlers and fans around the world came together to honor those that came before. Wrestlers and performers such as the Steiner Brothers, Queen Sharmell, Vader, Shad Gaspard and the iconic Undertaker were all inducted into the WWE Hall of Fame class of 2022. When Friday concluded, the day that wrestling fans around the world had been waiting for finally arrived: night 1 of WrestleMania 38.

With over 76,000 fans around the world, WrestleMania delivered an exciting night one with a card that exceeded expectations. It was a night when the world saw the shocking return of Cody Rhodes who left WWE six years ago to make a name for himself. With the help of Seth Rollins, he delivered on what most would consider the match of the weekend. Rhodes came away with his first win in WWE in six years and proved to the world that he is still a main-event talent.

While most thought that Rhodes vs Rollins was the match of the weekend, in my opinion, the true match of the weekend was in the Raw Women’s Championship where women’s wrestling crowned a new champion in Bianca Belair. Belair defeated the former champion, Becky Lynch, in a thrilling match full of near falls keeping fans at the edge of their seat.

The storyline originated at the SummerSlam pay-per-view in August of 2021 when Belair lost her title to the returning Lynch in a matter of seconds. But now fans can rejoice since Belair got her revenge and is now a two-time Women’s Champion.

Night one gave us thrilling matches, but the moment we all had been waiting for finally arrived with the return of Stone-Cold Steve Austin, a WWE hall of famer who has not wrestled in 19 years. His opponent was Kevin Owens and the match started off as a talk show where Owens brought Austin out. But in true heel fashion, Owen made fun of Austin’s home state of Texas and that got the hall of famer very angry.

Owen’s offered a match to Austin, a no-holds-barred match where there are no rules at all. When the match began, Austin showed that even after a near two decades of being out of the ring he still had the skills to compete with the best of them. The crowd cheered on Austin as their hometown hero defended their beloved state and defeated Owens with a Stone-Cold Stunner that was heard throughout the stadium. All that was in night one. We still had another night of action on Sunday.

Night two of WrestleMania kicked off with the now-retired Triple H coming down to the ring and giving thanks to the fans, signifying that he was done with in-ring action after surviving heart surgery. While night two did not live up to the excitement of night one, the second night of WrestleMania did deliver in terms of entertainment. The highlight of night two was the celebrity matches. One featured Johnny Knoxville who showed us just how crazy he can be in the ring. Knoxville picked up the victory against Sami Zayn with the assist from Weeman and the rest of his crazy team.

The second celebrity was none other than former NFL punter Pat McAfee who picked up a victory and put on an absolute show with his performance in his debut match against Austin Theory. McAfee has performed in the ring before against pro wrestlers, but he has never competed in a crowd that was 76,000 strong. McAfee exceeded everyone’s expectations and had the crowd behind him the whole way.

With McAfee’s match over, the main event had finally come and everyone was ready for it. Featuring the WWE Champion Brock Lesnar and the Universal Champion Roman Reigns, both megastars came into this match as champions and only one of them was walking away as the first-ever Undisputed WWE Champion. Roman Reigns was that man, but it did not come easy for Brock Lensar who gave everything he had and more. It was a hard-hitting and brutal match that pushed both superstars. In the end though, Reigns hit his finisher with the spear and pinned Lensar in the middle of the ring, thus crowning him the new Undisputed Champion.

WrestleMania once again delivered to the fans by giving them exciting, thrilling and entertaining matches. The weekend was fun and memorable as this WrestleMania is said to be one of the best in recent memory. Now with it over, the WWE will look to get ready for the next one. This time, they’re going to Hollywood for WrestleMania 39, which will take place at Sofi Stadium.

For questions/comments about this story email thewhitarts23@gmail.com or tweet @TheWhitOnline 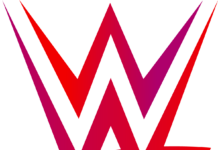