A hectic fall semester doused with COVID cancellations derailed most of RMG’s plans to release music and host shows. For that reason, this spring is as active as any for the student-run record label. The annual “Snowcase” concert held at Landmark last month was a success, as were several other Rowan music industry shows this spring.

Rowan Music Group has been releasing the music of up-and-coming local talent since 2016, giving students in the Artist Services Course (I-III) opportunities to experience the music industry process first-hand. RMG partners with The Orchard, a subsidiary of Sony Music, to distribute its music. RMG also continues to organize a variety of events to support the music industry program including album release parties, livestream sessions, Grammy views, concerts and more.

RMG begins their spree of EPs with a nine-track compilation titled “Crtl. Alt. Rpt. Vol. 2″ on April 1. The hip-hop-driven “The Vault: Side A” will drop the following Friday, April 8, and consist of Rowan rappers MITRAE and LamarxLegend. “The Vault: Side B” hits streaming platforms on April 22 and will include a more pop-inspired lineup featuring R&B artist and Rowan student Jayla Alexandra, with others to be announced soon. 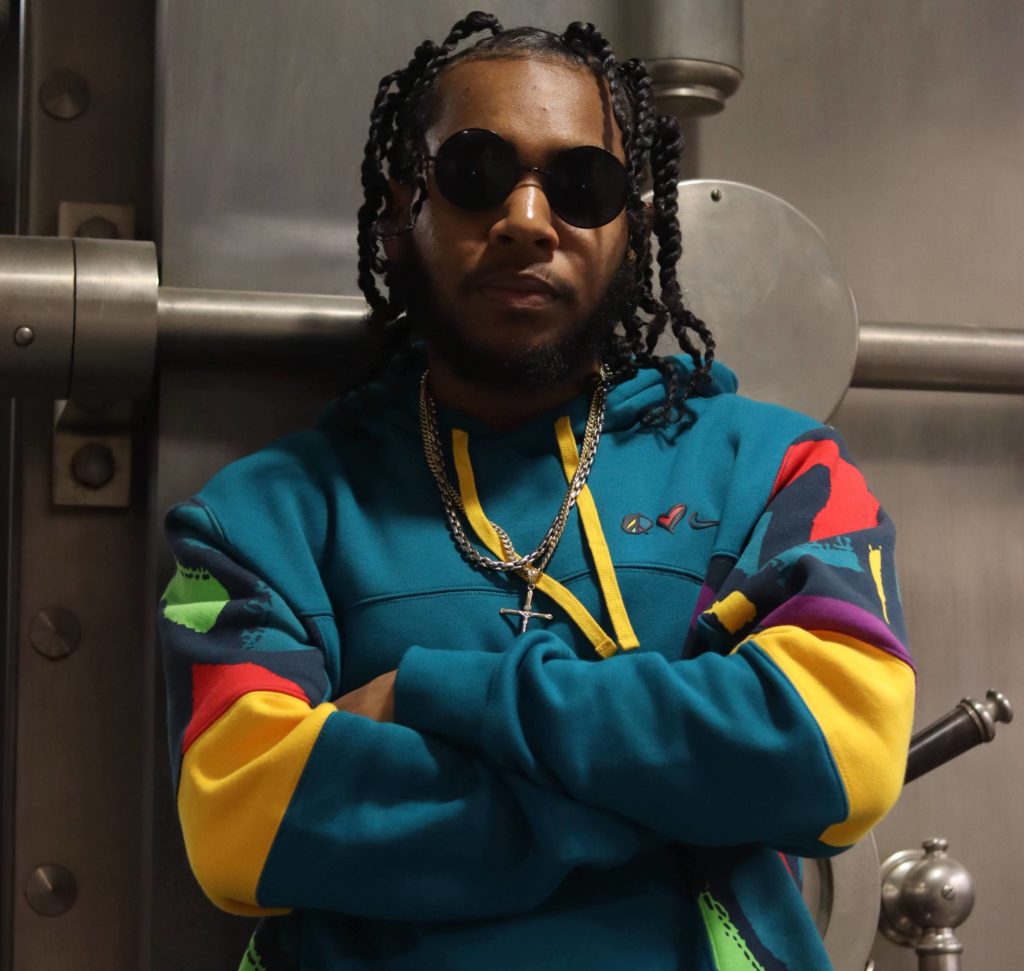 Highlighting these releases is MITRAE, born Alex Sterling, who is a senior music industry major from Newark, New Jersey. He’s one of those talents that has the ability to wear many different hats. Along with his articulate rapping and songwriting, MITRAE is also a producer and engineer. MITRAE is going on tour this summer with prominent New Jersey rapper OnlyJahMez. He will hit various cities along the east coast in a 30-to-40-city tour.

MITRAE’s track “Brown Sugar” on “The Vault: Side A” is yet another illustration of his impressive songwriting and flows. In terms of his sound, MITRAE believes he’s beginning to find what he’s been looking for.

“I think this lyrical flow thing I’ve been building and working on for the last couple of years is really what my sound is,” MITRAE said in an interview with the Rowan music blog Records of Rowan.

RMG is in the process of planning another show to support their releases, but these artists will likely also have the opportunity to perform at events like “Back to the Boro” and “Hollybash” as well. These campus celebrations will have an assortment of activities and will include performances from up-and-coming RMG and local artists.

Rowan’s music scene is steadily growing, meaning there are an increasing number of people putting out original music. With a relatively large pool of artists comes a higher number of talented musicians. Acts like Bare Bodkin, Noah Kralyevich and Daniel Cha have all proven to be exceptional songwriters, performers and producers, an ideal combination. Keep an eye out for upcoming releases from a number of Rowan artists as music industry students complete their capstone projects, many of which are EPs.

For questions/comments about this story email thewhitarts23@gmail.com or tweet @TheWhitOnline