This season alone, there have been over one hundred G League players across the league that received calls to join NBA rosters, which is by far the most ever for a single season in history.

The Delaware Blue Coats franchise has been prominently represented in that pool of players as early as Dec. 18, 2021, when guard Shaquille Harrison signed a ten-day contract with the Brooklyn Nets. After those ten days were up, Brooklyn re-signed him for an additional ten days to keep him on the roster heading into 2022.

“Overall, the experience up there was great,” Harrison said. “I got my work in and I got to meet new coaches and players. It was great for me to learn and grow as a player.”

Following his stint in Brooklyn, Harrison rejoined the Blue Coats but was quickly called back up to the NBA. On Jan. 19, he was granted his third NBA contract of the season after signing for ten days with the Memphis Grizzlies.

While he did not suit up for the Grizzlies, the opportunities he received show that NBA teams continue to keep an eye on Harrison in Delaware, where he has recently returned for the foreseeable future. 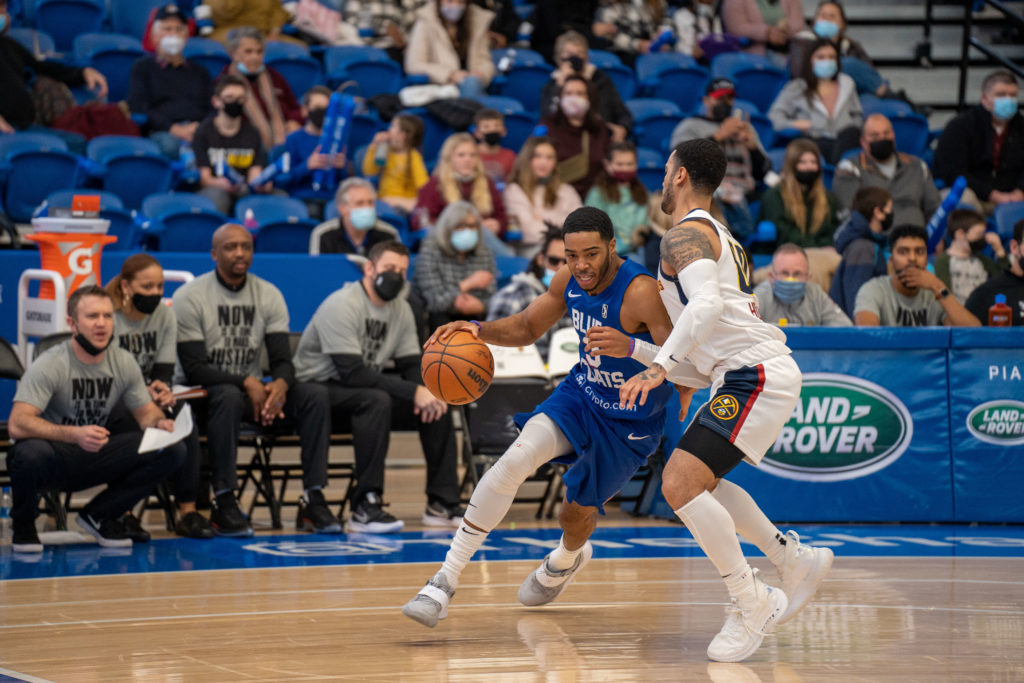 While Harrison was in Brooklyn with the Nets at the end of 2021, the rest of his teammates were competing in Las Vegas for the G League Showcase Cup. Delaware ultimately brought home the hardware, as they made it all the way to the championship game and defeated the Oklahoma City Blue 104-98.

Delaware’s success in the tournament drew a lot of attention from NBA executives, as three Blue Coats were offered ten-day contracts immediately following their championship victory.

Charlie Brown Jr., the 6’6” guard from St. Joseph’s University, was the first Blue Coat to get an NBA opportunity post-victory. On Dec. 23, 2021, he inked a contract to become a Dallas Maverick for ten days, where he suited up for three games before returning to Delaware.

Back in the G League, he picked up exactly where he left off before receiving a second NBA opportunity with the Blue Coats’ NBA affiliate, the Philadelphia 76ers.

After appearing in two games with the Sixers during his ten-day contract, he was immediately rewarded with a two-way contract from Philadelphia and Delaware. Since then, Brown Jr. has continued to make an impact at both the G League and NBA levels.

The other two players that received ten-day contracts after the Showcase Cup were Jarron Cumberland and Haywood Highsmith.

Cumberland was a star for the Blue Coats in Las Vegas during the tournament, as he averaged 20.3 points per game en route to being named the Showcase Cup Most Valuable Player (MVP). His performance caught the attention of the Portland Trail Blazers, who he then signed a ten-day contract with on Dec. 26, 2021.

Highsmith, on the other hand, received his NBA opportunity with the Miami Heat. He signed a ten-day contract on Dec. 30, 2021, and played four games with the Heat during that time. On Feb. 14, the Heat brought Highsmith back on his second ten-day of the season.

While those players have each had opportunities with franchises around the NBA, the Philadelphia 76ers have also utilized their relationship with their G League affiliate throughout the entirety of this season.

Paul Reed, the former 2021 G League MVP, has been back-and-forth between the Blue Coats and 76ers on assignment. Alongside Reed on assignments, rookies Jaden Springer and Charles Bassey are two other active members of the 76ers’ roster that have suited up for the Blue Coats at various points throughout the season.

While Springer and Bassey were both drafted by the 76ers, fellow rookie Aaron Henry was brought to Philadelphia on a two-way contract after going undrafted in the 2021 NBA Draft. He has since become a full-time member of the Blue Coats, but his two-way contract allowed him to make six in-game appearances for the 76ers.

The final two Blue Coats who have spent time with the Sixers include guard Myles Powell and forward Braxton Key. Key had a brief stint in Philadelphia after he signed his first NBA ten-day deal on Jan. 5. Powell, on the other hand, was offered a two-way contract with Philadelphia and Delaware, where he has spent time back-and-forth working on his game.

“It has been great to come down [to the G League] and get reps,” Powell said. “I think people sleep on the G League a lot. I was in the bubble last year and I learned a lot. When the Sixers told me I would spend some time here, I felt like it was a great opportunity for me to work on my game after learning from the [NBA] vets.” 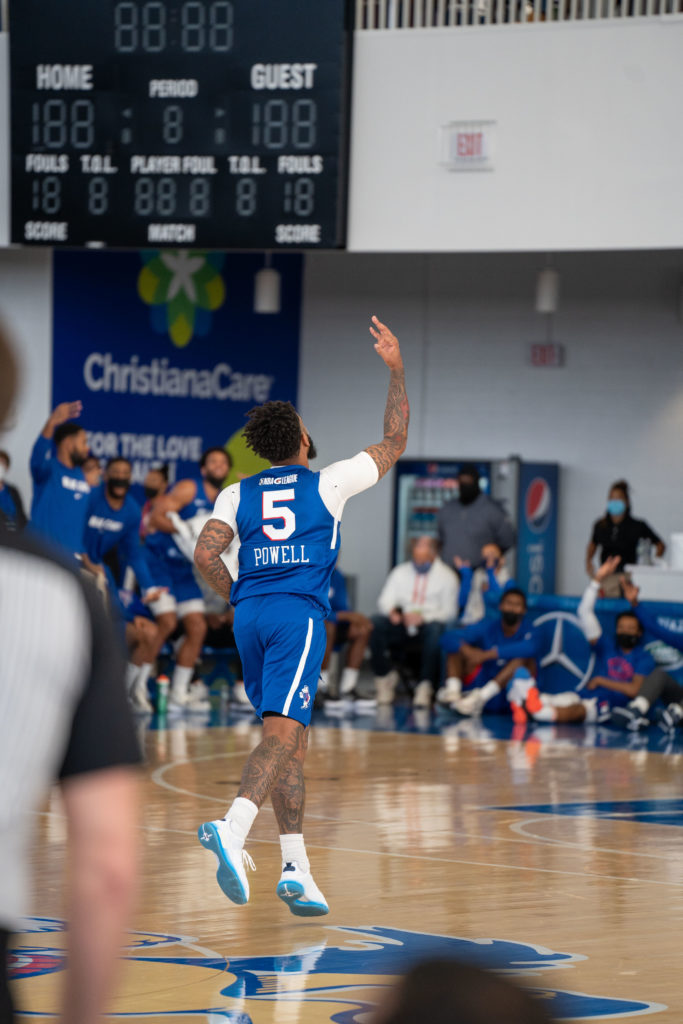 With there’s still plenty of the season left to be played at the NBA and G League levels, there will likely be more professional opportunities handed out to young players across the G League. Given the amount of attention that Delaware players have attracted this season, it’s not far-fetched to assume there are still more NBA opportunities for current and future Blue Coats that have yet to come.