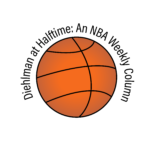 As we get closer to the NBA All-Star game, which will be in Cleveland on Feb. 20, we now know part of the rosters. On Thursday, Jan. 27, 10 players were given the prestigious title of All-Star starter.

Players like Durant, Antetokounmpo, James and Curry were no-brainers. But, the West decided to make it interesting.

Morant’s breakout year got rewarded with his first selection, but starting Wiggins confused fans. Many felt that superstars Dallas’ Luka Dončić or Phoenix’s Devin Booker should’ve gotten the nod over him. Those two will definitely be among the reserves that will be announced this Thursday, Feb. 3.

The fans make up a whopping 50% of the voting, while NBA players and the media each take a 25% chunk. Giving fans that much power is like a parent asking their child what they want the family to have for dinner. You know little Johnny will pick ice cream every night.

So, who’s raising eyebrows at the moment?

In a few weeks, college students will rejoice that spring break is upon them. They will flock to either Cancún or Miami for the hot weather. I guess the Miami Heat and Toronto Raptors decided that heating things up in January was good enough, though.

On Saturday, Jan. 29, the Heat lost a triple-overtime home game against the Toronto Raptors 124-120. I can’t imagine how exhausted both squads must’ve been at the end, especially the Raptors.

For the first time in NBA history, all five of their starters played at least 54 minutes. Gary Trent Jr. led the way for Toronto with 33 points while Miami’s Jimmy Butler had 37 points, 13 rebounds and ten assist triple-double. This was a hard-fought match all around.

There were chances for either team to win in each overtime.

This isn’t the NFL where the Steelers can somehow tie the winless Lions.

The Raptors also beat the Heat on Tuesday, Feb. 1, in Toronto. If the dominoes fall correctly, this could be an entertaining first-round playoff match.

The L.A. Clippers are in a peculiar situation. Superstars Paul George and Kawhi Leonard are dealing with injuries.George has an elbow issue and the team is going about their schedule as if he’ll be sidelined for the rest of the season. Leonard is still recovering from ACL surgery he had over the summer.

Despite this, the Clippers are eighth in the West with a 26-27 record. And yes, they somehow have a better record than their “older brother” team, the Lakers.

Even if the Clippers make the playoffs, I’m not sure which, if any, Western Conference foe would be afraid of them. Reggie Jackson, Marcus Morris, Sr. and Luke Kennard can only win you so many games.

They did go 4-4 on their recent eight-game road trip, though. No team should be on the road for that many games consecutively, but achieving at least a 0.500 record during that span is an accomplishment.

The Clippers are a hard team to judge. During the 2020 “Bubble Playoffs,” Leonard, George and company couldn’t get past the second round. Last year, with just George, they got to the Conference Finals.

What will happen this year, possibly, without both superstars?

With the big contracts George and Leonard have, and since they’re both at least 30 years old, the front office is going to have decisions to make if the Clippers stumble in the postseason again.

Memphis Grizzlies center Jaren Jackson Jr., who happens to be a Plainfield, New Jersey native, is throwing a block party in “Grind City” but I don’t mean a literal celebration. I mean on defense.

Last week, he had a game where he recorded six blocks and then had five blocks two days later. In fact, Jackson Jr. averaged 3.3 blocks per game in January alone.

He’s always been a defensive nightmare, even while playing for Michigan State. About a decade ago, Memphis started a “Grit-and-Grind” era. This was a reference to their juggernaut defensive abilities.

Although that core couldn’t win a championship, Memphis’ future is bright with players like Jackson Jr. and the aforementioned Morant. Heck, the “Grit-and-Grind” era could be making a return to a league near you if the current Grizzlies keep up the good work.

The sad part, though, is that the Grizzlies could go 82-0 this season, yet the mainstream media would still ignore them (see: Phoenix’s 18-game winning streak earlier in the season). Jackson Jr. is someone we can’t ignore simply because “he plays for the NBA’s smallest market.”

Although he may not be on top of anyone’s Defensive Player of the Year rankings, a few more games of five or six blocks each might force his way onto that list.