That was the title of the email sent by Rowan University sent to students, faculty and staff on Saturday, Nov 6.

“As some may know, a student died on campus earlier this week. Our thoughts are with the family, friends and others who knew this student,” said the email.

According to a GoFundMe set up to honor the student, Maximilian Gray-Barquero, the incident occurred Monday, Nov. 1.

The email notes that many may want information about the subject in times of uncertainty, but the privacy for the family is the university’s priority.

According to Michael Kantner, the assistant vice president of the department of public safety and the emergency management coordinator at Rowan, the Gloucester County Prosecutor’s Office is investigating the matter.

The email states that “inaccurate information” is being spread about the mental health services offered at Rowan.

“We purposely did not send out a message to the university community, out of keeping privacy with the family. With that said, we contacted literally hundreds of people that were associated with the student, and were close friends with them, and that’s how we approached it this time,” said Joe Cardona, vice president for university relations/university spokesperson.

According to Scott Woodside, the director of the Wellness Center, they have improved and expanded on their resources for students that may be struggling.

Wellness Center services are being provided in person and via telehealth, the psychologist/counselor training program has expanded, they have a dedicated crisis team called REACH that triages all students who walk into the Wellness Center, as well as other improvements.

Following the death of this student on Monday, Nov. 1, a rumor had started to circulate that there were two student deaths on the same day.

Rowan Boulevard is technically off campus, but to a lot of students, it’s considered on campus. This created confusion among students and, therefore, started a rumor that there were two deaths– one on, and one off campus. However, Cardona confirmed that this rumor is false, and that only one death occurred on Rowan Boulevard on Monday, Nov. 1.

It’s important to note that university officials are not confirming the cause of death. The resources provided by the school following the student’s death and several news reports indicate the death was by suicide.

In response to the student’s death, members of the Rowan community held a rally outside of Savitz Hall on Monday, Nov. 8, to raise awareness regarding mental health services at the university.

If you or someone you know is struggling, reach out to the Wellness Center at (856) 256-4333 or go online to https://sites.rowan.edu/wellness/index.html. 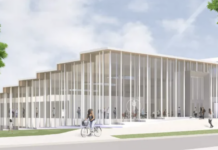