On Thursday, Nov. 11, Rowan University saw its second major rally of the week on the steps of the Chamberlain Student Center, titled the “Black Students Matter Rally.”

The event served as an open space for students of color to share their stories of racial discrimination and hate speech at Rowan University, and as a rallying cry for racial justice at Rowan.

At the rally, Jones described an alleged experience where a fellow student used racial hate speech against her and her peers. After reporting the incident, Jones alleges, she was brought in over six times to be interviewed about her experience, but lamented that the alleged witnesses and the student alleged to have used the racial slurs were never brought in to be interviewed or investigated.

Jones also alleges that after reporting what happened to administrative officials, and the language used against her, she was asked to explain why she was offended by it.

“I think that was a micro-aggression within itself,” Jones said. “I think that it’s absurd to question students on why they’re offended by racial slurs and hate speech.”

Jones was joined by her father, Terence Jones, founder and director of the non-profit organization “Total Justice Project”, in speaking out against the administration’s handling of the alleged incident.

“This was witnessed. It was reported. And Rowan University, your administration, swept it under the rug,” Terence Jones said. “I asked to meet with your president seven times, and I’m still waiting.”

Dr. Monika Shealey, the director of Rowan’s Division for Diversity, Equity and Inclusion (DEI), spoke on the division’s current policies for reports of discrimination and/or hate speech.

“When an inquiry happens that may lead to an investigation, we try to get the pertinent information–who was involved, why did this happen, did it happen over a sustained period of time… Do you even know who it is? And sometimes we don’t have the information that we need to pursue a full investigation,” Dr. Shealey said.

Dr. Shealey also noted that privacy concerns sometimes prevent the division from sharing information about investigations into students alleged of discrimination or hate speech. This can mean that students who report an incident may not be informed of what becomes of the investigation.

“It also means that we need to do a better job of sharing, for example, how many cases did we get regarding hate speech,” Dr. Shealey noted.

More detailed information on DEI’s policy regarding hate speech and discrimination reports on campus can be found on the DEI website.

Nyima Banutu-Gomez is a freshman who is currently struggling with racism in the classroom.

“I recently have been dealing with a racist professor,” Banutu-Gomez said. “She will not call me by my name because she says that my name is too ‘traditional’ to say. She also throws my stuff on the floor and has repeatedly ignored me when I try to answer questions.”

The professor was also alleged to have referred to Banutu-Gomez as “it.” Banutu-Gomez alleged that she reported the incident to the Dean of Students’ Office, but was disheartened by the results.

The rally drew in an estimated crowd of 200 people, many of whom came to show support for students of color who had taken the stage to testify about alleged experiences of their own.

“Since this is a PWI [predominantly white institution], most of us do feel like our voices aren’t heard. So this is a good demonstration to show how we are here and we want to be heard,” Alexis Taylor, a junior history education major, said.

The gathering took a sudden and unexpected political turn as the popular right-wing catchphrase “Let’s go Brandon” could be heard, shouted from the other side of Mullica Hill Road. “Let’s go Brandon” has become a coded way to insult President Joe Biden after a reporter at a NASCAR race mistook chants of “F**k Joe Biden” for “Let’s go Brandon.” However, the incident did not deter students from the spirit of this rally.

“For me personally, it didn’t change anything,” Jamar Green, a senior, said. “Because I was still going to do what I did… I know everybody has their opinion– there’s some people that are for [the rally], and some that are against it. You gotta just sit there and brush that aside, and you gotta continue your fight… If you’re really passionate about something, you’ll continue to fight, no matter the negatives that people throw out there.”

“The crux of this thing was black students’ testimonies about racism they’ve experienced,” Danny Ben-Israel, a music industry major, said. “And I had no idea about a lot of this stuff happening. So you don’t really know what’s going on with other people.”

Dr. Shealey remarked that last week’s rally was an important moment for students’ voices to be heard, but emphasized the work that the Division of DEI has been doing.

“I don’t know if the larger Rowan community understands we’ve been working with the Black Student Union since last summer,” Shealey said. “They shared with us a list of concerns, and we have been addressing those concerns with students, with public safety and with Glassboro police.”

Dr. Shealey also hoped to make more people aware that change, with regard to these issues, is going to be a long process and she encouraged everyone to be aware of the impact that their words have on others.

“As we are protecting free speech, we also have to acknowledge that there are things that are said that cause harm, and words can be used as weapons,” Dr. Shealey said. “I think all of us have to be responsible for our words and understand that you can be held accountable for your words as well.” 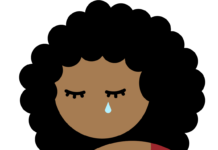 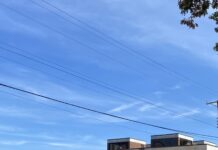