The Sister Chapel started with one woman’s idea to create an artistic tribute for strong, empowering women and now there are 11 paintings. Mimicking the layout and meaning behind the famous art of the Sistine Chapel, a major religious site in Vatican City, the gallery’s name and layout take direct inspiration.

The products of this idea are now on permanent display in room 110 of Westby Hall at Rowan University, thanks to a generous gift from the Shirley Gorelick Foundation.

In 1974, feminist-activist Ilise Greenstein envisioned a “hall of fame” to commend woman’s accomplishments through the lens of other females. She reached out to 12 artists, 11 of which were asked to paint their ideal woman heroes. They were given only two requirements; they must paint on a nine-by-five-foot canvas to ensure continuity and they must feature an iconic woman of their choosing. 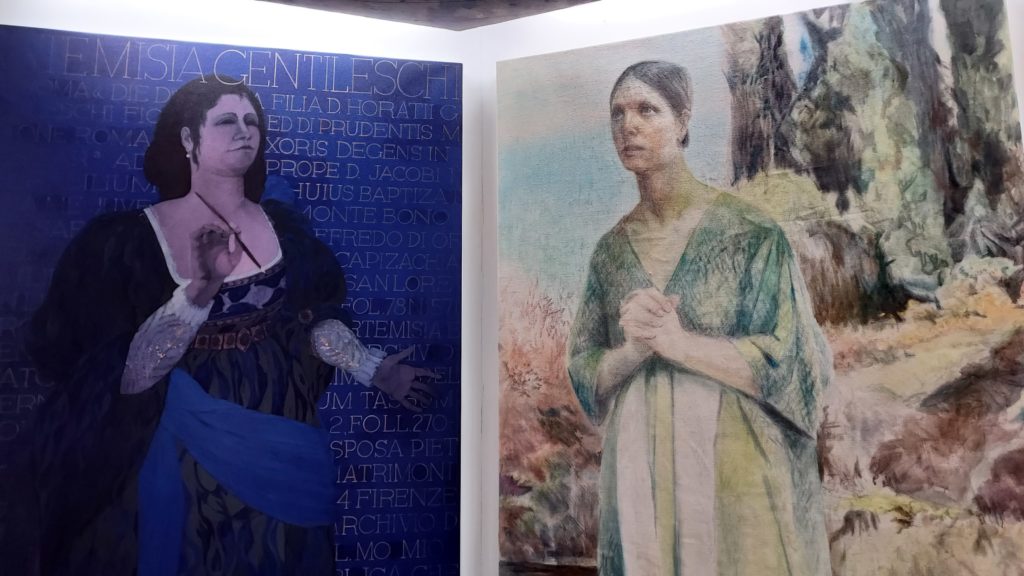 Some artists, such as Elsa M. Goldsmith, took the prompt realistically and painted portraits of real, powerful women such as Joan of Arc. Others went on a more religious path, like Cynthia Mailman who painted God as a woman. Sharon Wybrants took more creative liberty and created a self-portrait in which she is dressed as Superwoman.

In the center of these paintings is a mirrored ceiling that Greenstein devised to remind visitors that there is no ceiling and no limit to a woman’s potential.

“Many of the artists in the Sister Chapel were activists but the painters were from the mid-70s when feminism was at a peak time,” Mary Salvante, gallery and exhibitions program director at Rowan University, said. “It was also a very politically charged time [and] around the time when the idea of environmental conservation was launching so there was a lot of progress and progressive thinking at that time.” 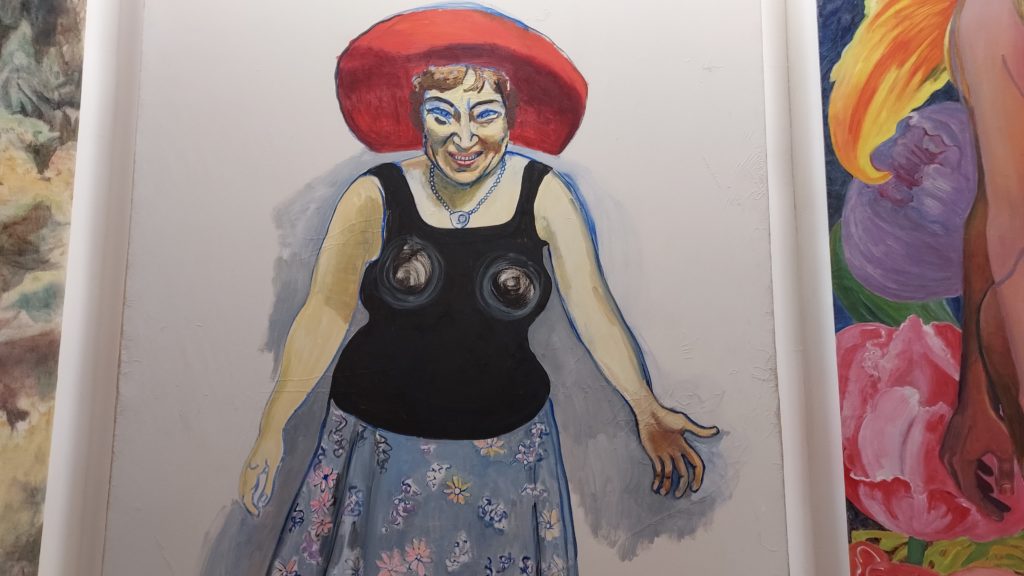 The women in these paintings represent the great female artists, politicians, writers, activists and thinkers of that time. These paintings, when assembled, transmit a strong message of the strength found in womanhood that cannot be ignored.

It’s a message that was relevant then and now. Women continue to fight for equality in a society that feels as though it has the power to determine a woman’s role. This exhibit provides a shining example of the incredible, creative work women can accomplish even in the face of opposition.