UFC 266 took place this past Saturday. There were snooze fests, dominations and possibly one of the greatest rounds in MMA history all in the same night.

During the early prelims and prelims, Matthew “Semi the Jedi” Semelsberger knocked out Martin “Spartan” Sano in 15 seconds during the first round.

Later in the night, Philadelphia’s very own — and 10th ranked heavyweight in the world — Chris Daukaus knocked out seventh-ranked Shamil Abdurakhimov. Daukaus is now preparing to fight fan favorite, third-ranked Derrick “The Black Beast” Lewis. If he walks away victorious, Philadelphia will have a major contender in the UFC.

The next contest was between fourth-ranked heavyweight Curtis “Razor” Blaydes and sixth-ranked Jairzinho “Bigi Boy” Rozenstruik.  Blaydes took full control with his wrestling and defeated Rozenstruik by an easy unanimous decision.

The most anticipated fight of the night was between  Nick “Diablo” Diaz and  Robbie “Ruthless” Lawler.

This fight started with a wild spinning back kick from Diaz which then started a non-stop full-pressure attack from Lawler. Lawler defeated Diaz by TKO  only 44 seconds into the third round.

After the fight, fans discussed what it was like to see Diaz in the ring after not having competed in six years. Fans considered possible financial reasons and other incentives for the fight as well.

Notably, fighters around the world, such as Conor Mcgregor and President of the UFC Dana White, praised Diaz for his performance. They said that after six years of no competition, Diaz looked great and, although he had lost, he still had skill.

In my opinion, I would like to see Diaz fight again. If he wants to, I believe the UFC will find the right opponent and Diaz will be in the Octagon again.

After this, Valentina “Bullet” Shevchenko completely and utterly dominated Lauren “Lucky” Murphy in their title fight for the Women’s Flyweight Championship in the co-main event.

Murphy seemed to deal no damage to the champ Shevchenko. Shevchenko defeated Murphy in the fourth round with four minutes on the clock.

There is no one close to Shevchenko’s skillset so whoever her next challenger is will need more than luck on their side.

This fight will most likely go down as fight of the year.

What set this fight apart was round three. Who cares about round of the year, this might be the greatest round in UFC history.

Filled with domination from both sides, unimaginable submission escapes, and big punches thrown and landed by each fighter, round three showed the level of skills needed to succeed in the UFC.

After this fight, Volkanovski is finally getting the respect and recognition that he deserves.  The featherweight division has many contenders ready to be champ, but are any of them capable to dethrone “The Great” from his kingdom? 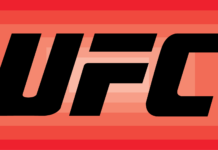