The cool chair hit my skin, feeling as if I just laid in a pile of snow. Except, I was sweating. The anticipation of what was to come spiked my adrenaline.

The man asked me, “Are you sure you’re ready?” I nodded and closed my eyes, and the noise of the tattoo gun filled the air. Suddenly, I was hooked.

I’m from a small town in Minnesota and my birthday is in the beginning of December. This meant that finally getting my first tattoo was a bit of an obstacle (you’ll understand if you’ve experienced a winter there before). My mom had rescheduled my appointment three times before I forced her to take me,  resulting in us driving in a horrendous snowstorm. It was worth it.

Of course, my mom gave me the typical talk beforehand.

“Make sure it’s something meaningful,” said the woman with the tramp stamp tattoo of her own name.

At the time, I had all the basic ideas picked out – the infinity sign with a feather, the words “forever young,” and even the word “ohana” from “Lilo and Stitch.” None of those made it onto my skin, however. Thank God.

What stuck was a small outline of a record player. Music has always played an important part in my family and I’s lives. I could go on for hours about my love for music. Which is why I chose the design. That, and it wasn’t some basic music note.

After making it through the snowstorm, we were in the waiting room. I was sweating. I wanted to keep waiting. What if I pass out? How bad is the pain going to be? Maybe this is a mistake.

“You can come back now,” the tattoo artist said. This was it.

The artist placed the stencil on my left upper rib. I laid down on the ice-cold chair. I squeezed my mom’s hand much tighter than I’d like to admit. My heart was pounding, and I was hoping the artist wouldn’t notice the sweat  hitting the chair.

I took a deep breath and tried to keep my breathing steady, that way the tattoo would be as straight as possible. He pressed his hand firmly on my ribcage and the buzzing noise ripped through the air.

The noise, the anticipation and even the pain was the perfect combination. The confidence boost that came with it was also addicting, however brief.

Within two years I got another. This tattoo was dedicated to the people most important to me: my mom, grandma and two sisters. I got flowers for all of them that corresponded to the month they were born and a flower for myself. In one pedal of each flower, I included their first and middle initials in their own handwriting to make it more unique.

The feeling was the same, maybe better because this session took longer. The confidence boost was different this time. People could see this tattoo and I got compliments on it almost daily, making me love it more.

I wasn’t done. My next tattoo came out of boredom a year later. I missed that feeling, the sound of the gun and the pain of the needles. The idea of the tattoo didn’t have much meaning, I just wanted something scandalous. It was probably how my mom felt getting her tramp stamp, so I got the word “honey” in red ink on my left hip.

About four months later, I was itching for another one. A whopping $160 later, I had my fourth tattoo, placed on my outer left forearm. The pain was so bad that my arm kept twitching. Still, the feeling was euphoric.

Ialso got two butterflies for my mom and grandma, who also have butterfly tattoos. I couldn’t leave it at that, so I added a dragonfly for my step-grandpa.

Feedback: An ode to Physical Music 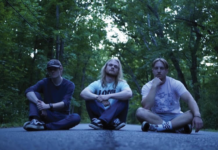 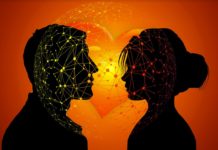