As most Rowan students know, the campus becomes quite empty on weekends. For most students, there aren’t too many options for how to spend your time, other than going to a party or hanging out in your room. However, there is a growing underground culture of music that’s been developing over the years here on campus. Having talked around with several different students, most of which were upperclassmen, it became clear that not many people were aware of the music scene here.

With several different venues to choose from, concerts are being put on almost every Friday, Saturday and Sunday night of the school year. Student-run venues inside of house basements or in backyards host a multitude of local bands that perform here on campus.

Whether you are a lover of music or just want something to do with your Friday night, these house shows are the perfect place to be. Each house has its unique vibe, but they all have an open and welcoming atmosphere that is focused on appreciating the music and the company. Fans can expect to hear all sorts of different music being played, such as indie, shoegaze, punk, hardcore, heavy metal, singer-songwriter and everything in between. There is almost every genre available to fans.

I will be taking you through five of the most prominent venues at Rowan, in no particular order, and telling you why you should start coming to the house shows.

The Bramble is an up-and-coming venue with the mission to “give back to live music with the best possible concert experience.” With a few shows under their belt, this venue is already off to a great start and is showing no signs of slowing down. They had their second show of the semester on Oct. 15, featuring several different punk bands from the area. You can find out more about them on their Instagram page @thebramblepresents.

The Fun House is another fresher face to the Rowan music scene that has seen some exciting shows. They have already hosted several very successful shows over the summer, and are only ramping it up throughout the semester. With lights hanging from the ceiling of the basement and disco lights spinning around the walls, this venue is perfect for moshing and dancing.

In a conversation with one of the owners of The Fun House, James Davenport, he said, “We’re dedicated to helping grow the Glassboro scene, and we’re really excited for the future of this community.”

The Fun House has an exciting Halloween show on Oct. 28, featuring several different big hardcore names from the area. To find out more about the venue and everything they have to offer, you can find them on Instagram @the_fun_house_official.

Stage Dive happens to be another new venue to the Rowan music scene and has had two shows this school year. They are not to be underestimated, however. This is one of the more unique venues that Rowan has to offer, as it is completely outdoors. Most of the concerts that take place on campus are all in basements, however, Stage Dive opted to take their shows outdoors to their exquisitely decorated garage in the backyard.

With both of the concerts they have hosted, they’ve had to contend with bands dropping out and cops shutting the show down. Even with the setbacks, the people at Stage Dive have stayed committed to putting on great concerts, and did not let fans down.

In a conversation with one of the owners of Stage Dive, Tyler Refsnider, he said “The music scene here is one in a million. I fell in love with what 4333 and Rowan Alt started when I was a freshman, and, since then, I’ve wanted to do nothing but share my passion for music with everybody I can. Rowan’s DIY scene is becoming a culture in and of itself, and my dream is to have Rowan be known for its love of underground indie music.”

To find out more about the venue you can visit their Instagram page @stagedivenj.

Under a new name, The Riviera is a venue to be reckoned with. Once known as the acclaimed 4333 Collective, the Riviera is a Rowan staple for house shows. This venue has already hosted two shows this school year and has many more planned. Photographed below is the legendary Rowan band Sweet Pill who performed, as well as other local acts who blew down the doors.

To find out more about them you can visit their Instagram page @the_riviera_nj.

Last but not least is Rowan Alternative. They are not only a venue, but an SGA chartered club here at Rowan. Colloquially called Rowan Alt, they are a club focused on bringing Rowan students together to share their love of music and to nurture the local music scene.

So far this year, the club has held several meetings, such as a Guitar Hero tournament and an album listening party. Students can come to meetings on Wednesday nights at 8 p.m. in room 144 in the Student Center. In addition to being a club, they host shows throughout the year.

Their most recent show, a co-hosted concert with the 4333 collectives who were responsible for architecting a lot of the existing music scene at Rowan, was incredible and a testament to what the Rowan music scene has to offer. They also have an upcoming show on Oct. 30, called “DIY Halloween.” If you want to find out more about the club and the venue, you can find them on Proflink and Instagram @rowanaltmusic.

I would highly recommend that all students attend at least one of the mentioned shows before they graduate Rowan. The music scene is an important and integral part of the culture at the university, and is often overlooked or completely unknown by students. As the owner of Stage Dive says, it is “one in a million.” So get out there while you can, and enjoy the music! 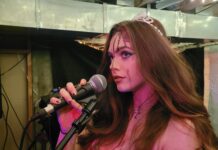 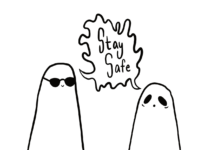 Michaels: The Boo’s and Don’ts of Halloween Safety 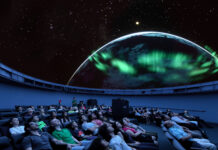