On Oct. 5, 2021, Netflix released “The Closer,”  a 72-minute special by comedy legend Dave Chappelle. This special would close out Chappelle’s portfolio of work on the streaming service, as he proclaimed it would be one of his last for the foreseeable future. Following the release of “The Closer,” both Chappelle and Netflix received a whirlwind of backlash.

For Chappelle fans, “The Closer” was a very traditional Dave Chappelle special. He delivered a flurry of witty jokes ingrained in stories and commentary that reflected his perspective on a variety of issues, including race relations, civil rights, the MeToo movement, the LGBTQ+ community and, specifically, the trans community.

The special concluded with a powerful and impactful story about a transgender friend of his, Daphne Dorman. In his previous Netflix special, “Sticks and Stones,” he also received similar criticism from the transgender community. Chappelle told the story of how Dorman was inspired to become a comedian because of his work. The two became close friends and, because of this, Dorman claims she received harsh comments online for her support of Chappelle. At the end of “The Closer,” Chappelle reveals that Dorman had committed suicide. He felt, in part, because of the hate she had received, but he also recognized that she had struggled with her own personal issues, unrelated to any hate she received for her relationship with Chappelle.

On Rotten Tomatoes, “The Closer” received an audience score of 96% and a critic score of 38%. Despite the enthusiastic response from fans, a crisis ensued at Netflix over the special.

On Oct. 14, Netflix fired employee B. Pagels-Minor on suspicion of leaking information about how much the company paid for the special and how many viewers it reached to the press. Pagels, the senior data product manager and head of Netflix’s Trans Employee Resource Group, denies these claims, but admits that they accessed that information and shared it internally with other employees at Netflix.

Before getting fired, Pagels-Minor announced a walkout they had organized for transgender and transgender-ally employees of Netflix. Pagels-Minor has since been reinstated at Netflix, only a few days after being fired.

On Oct. 20, Netflix employees staged a walkout in protest of the company releasing and defending the special. The backlash and criticism were mainly centered around Chappelle’s comments on transgender people and the LGBTQ+ community.

In the special, he made jokes claiming “gender is a fact” and that he was “team TERF,” or a trans-exclusionary radical feminist. The term is used primarily by transgender activists to describe feminists who do not support transgender activism. With the protest, they had a list of demands for Netflix CEOs Ted Sarandos and Reed Hastings, including funding for trans and non-binary content, the recruitment of more trans and non-binary employees and to “Acknowledge the harm, and Netflix’s responsibility for this harm, from transphobic content, and, in particular, harm to the Black trans community.”

A small group of counter-protesters arrived at the walkout in support of Chappelle on Oct. 20. They held signs and chanted things like, “We like Dave” and “Jokes are funny.” One counter-protester had his sign torn up and was left with nothing but the stick it was mounted on. Trans activist protesters claimed he held a weapon and demanded he be removed.

The first was a memo sent to the employees of Netflix. In the memo, he stated that the content fell within the company’s stance on “artistic expression” and that they would not be removing it or adding disclaimers before the special. In the second statement, Sarandos stated that he “screwed up” in regards to how he handled the issue internally and should have addressed the feelings of the employees rather than going straight to rationales.

Sarandos stated, “…those emails lacked humanity, in which I like to and I do generally communicate with our teams.” However, he stands by his decision to keep the special on the platform. Since the protest, he has not made a statement on it, but has said he “respects the decision” of his employees to walk out.

Dave Chappelle, amid touring in Europe, has come out and stated he is willing to meet with the employees to discuss the grievances they had with his work. As this story is still ongoing and developing, the employee activists have not yet responded.

Other big-name comedians, such as John Stewart and Bill Maher, have come out in support of “The Closer.” Stewart, a long-time friend of Dave says “He’s one of my favorite people on the planet” and that the “intention is never hurtful.” However, other comedians like Hannah Gadsby came out and denounced co-CEO Ted Sarandos and Dave Chappelle.

“You didn’t pay me nearly enough to deal with the real-world consequences of the hate speech dog whistling you refuse to acknowledge, Ted,” Gadsby said in a social media post.

At the time of writing this article, “The Closer” remains on Netflix unaltered. The future of comedy on Netflix and other streaming platforms is still up in the air as the controversy sees little signs of settling. 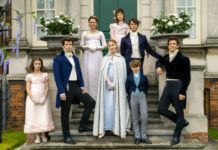 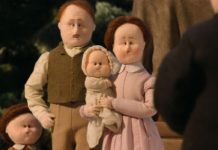