Spotify will be launching a new high definition streaming option called “Spotify Hifi” later this year, the company announced via their Stream On event on Feb. 22.

HiFi is short for “high fidelity” which, by definition, means to reproduce audio with little distortion, sounding very similar to the original. High quality, “lossless” audio is seen by many as the future of the streaming industry, but there aren’t currently a ton of services that offer it.

Amazon and Deezer have HiFi options, as well as Tidal, who is most known for their flawless sound quality. However, Spotify’s biggest competitor, Apple Music, has no HiFi option and no plans to add one.

Why Do We Need HiFi?

Spotify describes HiFi to be a “CD quality, lossless audio format” designed for the listener to experience more “depth and clarity.” Although casual listeners typically care more about what they’re listening to rather than how they’re listening to it, there is certainly an increasing demand for high-quality audio. According to Spotify’s Newsroom, high-quality streaming is one of the most frequently requested features from customers.

Artists themselves often speak about the importance of sound quality, since typically they want fans to hear their music exactly how it was intended to sound. In a promotional video for Spotify HiFi, Billie Eilish and her brother Finneas O’Connell spoke about how much time they spend on every detail of every song, really emphasizing the importance of fans listening on a good sound system.

When looking at the current HiFi market from afar, one could get a pretty good idea of what the price range and sound quality will likely be for Spotify HiFi. Amazon HD currently streams at 850 kilobits per second (kbps) for $14.99 per month, while Tidal HiFi functions at 1,411 kbps but for $19.99 per month. The French service Deezer is also 1,411 kbps for $19.99, which is what many experts are saying Spotify HiFi might look like. In comparison, Spotify premium currently tops out at 320 kbps, and for their free plan, just half of that.

The Problem with HiFi

One of the biggest issues with HiFi is that it’s not supported by all headphones and speakers. This means that even after customers upgrade to Spotify HiFi, they won’t be able to hear the difference in their airpods, headphones or car speakers. Spotify is attempting to address this by working with the biggest creators of speakers to incorporate “Spotify Connect” to their products. Spotify Connect allows users to stream audio on various different devices while using the Spotify mobile app as a remote. Spotify Hifi won’t be released until later this year, so we’ll likely see more high fidelity speakers and headphones hit the market in the meantime.

Several other major announcements were made at Spotify’s Stream On event. Most notably, they will be expanding internationally, becoming available in over 80 new countries. This will bring Spotify to various markets that, in total, represent over one billion people and will add 36 new languages to the platform.

They also announced the release of a new exclusive podcast between former President Barack Obama and Bruce Springsteen titled “Renegades: Born in the USA.” This series will be in eight parts, the first two of which were released the day of the announcement. As part of Spotify’s ongoing efforts to expand their immense catalogue, this is the second podcast launched through their partnership with the Obamas’ publishing company, Higher Ground.

While there were several major announcements made at Spotify’s Stream On event, nothing else has the potential to impact the music and streaming industries more than Spotify Hifi. Every time a new medium for listening to music becomes prominent, there are always pros and cons, leaving room for improvement.

Originally, one of the main knocks on streaming music was the weak quality of sound compared to CDs. Although that’s an afterthought for most fans, serious music enthusiasts and artists themselves have longed for the technology that allows them to stream at high rates. By Spotify beating Apple to it, they just might have taken the lead in their streaming wars… for now. 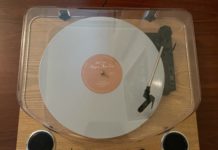 How Vinyl Records Have Made a Miraculous Comeback 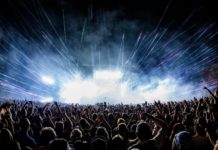 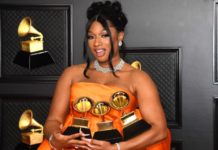