Starting this spring, all residential students and those in athletics are required to be tested for COVID-19 every two weeks. The process involves sticking a probe up one’s nostrils inside the Esbjornson Gymnasium and affiliating with one’s sample via a QR code.

Students may receive results in as little as one day after being tested in “batches” of several tests mixed together; if Sars-COV-2 is not detected in the batch involving your personal sample, you and everyone else in that group is assumed to be negative for the coronavirus.

Testing on a scale this large is an incredible logistical accomplishment for the university. The undertaking is likely costly, and it’s empowering to know that student safety is a priority.  To appreciate the full scale of how important this is, though, let’s consider the context of how the university’s safety measures have evolved since the spring.

In September, Rowan students were allowed back on campus with only minimal restrictions. None of us were under any obligation to prove that we were not positive for the disease that was, at that point, claiming more than 900 American lives every day. Even then, Residential Learning and University Housing assigned random roommates, even while some residential placements sat totally empty.

Meanwhile, obtaining an asymptomatic test from the university was nearly impossible for the first few weeks of the semester; the only way to know for sure if you were negative would be if you claimed to have symptoms, and put your entire life on hold while isolating until you got results back. The safety of our community was all on the honor system.

This is not to pass value judgement on the university; there are many logistical and technical reasons to account for these hiccups. For example, the accessibility to any form of testing was then scant, and the technology has since developed. But it’s difficult to deny that in September, it was very easy to contract COVID-19 on any college campus.

So things must have changed for the better since then, right?

Unfortunately, the only difference between now and the fall is that it is now more accessible to get tested. Contracting the disease while on campus is still just as easy as it was four months ago.

It would be unfair to understate how great it is that residential students and athletes are required to be tested for COVID-19 every two weeks. But this is a disease which has taken the lives of over a million Americans, where people can be contagious for as many as 48 hours before showing symptoms and false-negative test results are not unheard of.

If administration insists upon pantomiming the motions of normality (athletics, Greek life, club activities, pairing up total strangers to live together), The Whit believes that Rowan University still has an obligation to push for better.

First, the umbrella of which students are required for testing should widen. All students who answer “yes” to visiting the Glassboro campus at least three times a week on their Daily Screening form should be included in mandatory testing procedures, regardless of whether they participate in university-affiliated housing. Though they may not live directly on top of other students in a residence hall, these individuals go to the Fitness Center and breathe on other students, grab meals in the dining halls where they sit without masks, share classrooms and visit friends who do live in residence halls – some to the extent where they may as well live there.

Those who live in Glassboro should have the offer for testing extended as well, regardless of whether they set foot on the actual campus, as they comprise a significant part of the upperclassman social scene.

Second, the frequency of testing should increase. A two-week window between tests is just wide enough to allow an asymptomatic student to contract COVID-19 and potentially transmit it to dozens of other people around them. Though it may create strain on the system to essentially double the number of tests being performed, the university should investigate the possibility of conducting mandatory tests at one-week intervals. While testing at two-week intervals might only catch the disease at the end of the positivity period, potentially at the point that the student is no longer contagious, one-week intervals would be far more likely to detect the virus early. This way, students can actually make informed decisions about their test results. If the resources can be found to make it a possibility, this action could considerably reduce on-campus transmission.

Finally, regulations should continue to be enforced to limit transmission. We get it. Getting students to not have additional guests in their residence halls is tough. But public mask-wearing, especially in administrative offices, should be a minimum standard of safety that we can all keep one another accountable to. This is not about passing judgement; this is about evidence-based understandings of minimizing transmission.

Though traditional college-age students haven’t experienced the same COVID-19 mortality rate as older populations, these numbers belie the medical understanding that the disease has been shown to scar young people’s lungs worse than decades of cigarette smoking – even in “asymptomatic” cases. Covid-19 may have long-term impacts on a person’s vital organ systems, cause premature hair-loss and result in lasting psychiatric issues such as depression or severe psychosis. The long-term impacts of contracting the coronavirus are still unknown and may be just as devastating to the college-aged population.

Rowan University is doing its part to protect its students from this harm with its increased testing initiative. However, if just one person on this campus can avoid the short — and long-term — impacts of contracting COVID-19, Rowan should continue to push to mitigate those risks.

For comments or questions about this article, tweet @thewhitonline. 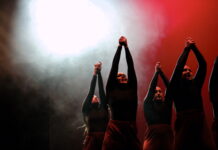