Editor’s Note: This article is being kept anonymous for two reasons. The first is to protect the author from potential retaliation. The second is to protect Rowan students associated with the sorority in question. The experiences described in this article are not unique to this student or this Greek organization, and attaching an author would make it possible to scapegoat a single organization or set of affiliated individuals. These issues are systemic. The Whit staff believes that one group of students facing punitive consequences will not fix large-scale cultural issues.

Coming into college, I thought that Greek life was something that you were just supposed to do; according to my mother, aunt, uncle and older cousin, getting your bid was another milestone of university. I only learned that Greek life wasn’t the norm at Rowan after learning that all of my friends that I made in my first semester were not rushing.

However, this didn’t deter me from dragging my roommate to all of the pre-rush candy bar, cupcake decorating and donut-eating events that each sorority held before rush. I liked all of the girls, and I was so excited to join an organization.

What I soon learned was that Greek life is rife with false advertising, juvenile cliquishness, borderline scamming and rule breaking — both on the Rowan University and national levels.

While I never felt like I found the “home away from home” that so many organizations promised to be, I found a group of girls I thought I could fit in with and had them as my top pick. I ended up getting bid to this sorority, and from the moment I opened up my invitation to join I was ecstatic.

It took a mere two hours after receiving my bid for my glee to turn into a full-on panic attack, as our “pledge mom” (the older sister who teaches us the ins and outs of the sorority) handed out schedules for the next week. My. Heart. Dropped.

My major requires about 50 hours a week of studying, not including class time. That first weekend, I was scheduled for six hours of sisterhood per day, plus three hours per night of new-member education and sisterhood bonding on the weekdays. I had no clue how I was going to pencil in both homework and pledging, while also getting adequate sleep. To make matters worse, I had a tough exam that Monday for which I was planning on studying the entire weekend.

Since the sorority had bragged about how committed to academics the chapter was during the rush process, I thought my pledge mom would understand that I couldn’t commit 12 hours of my weekend when I needed to study. However, my pledge mom said homework and studying were not excuses to not come to events, and the sorority needed to come first. If I did not attend each event in full, I would be reprimanded.

This was the first time I realized they had lied during their pledging process, and my first red flag about “sisterhood.” Throughout the entire pledging process, I struggled to keep up with my schoolwork, causing me to develop extreme anxiety.

The next week, after barely passing my exam, I met with the pledge mom, ready to withdraw my bid. She managed to talk me out of it, and (regrettably) I decided to stay. I learned to take my laptop with me to the education nights and work on homework and study, even though we technically aren’t allowed to.

The pledging process wasn’t all bad. The sorority was very good at making me feel special, and I got the most awesome big, who I still keep in touch with. However, after letter night, when I became an official sister, we were left to fend for ourselves.

Overnight, it became cliquey and national rules began to be broken. I didn’t like the (unapproved by nationals) events like frat mixers on weekday nights that exhausted me, so none of my heavy-partying sisters wanted to be my friend. I tried to get in with other friend groups, but there were few girls who I was all that interested in developing a friendship with.

However, the sorority was condoning worse behavior than just cliques. The first meeting after pledging, we discussed things we were and weren’t supposed to talk about during chapter. For example: do talk about philanthropy and upcoming events; don’t talk about the mixer with Kappa Apple Pie on Thursday night, even though everyone’s talking about it on the secret Facebook pages…that we are also not supposed to talk about.

I realize the Facebook page thing isn’t necessarily bad, but there were so many things in the sorority that we were and weren’t allowed to talk about, and I felt that it was just entirely too much.

The week after I pledged, we had a representative from nationals stay with us for the week to make sure that our chapter wasn’t doing anything bad. Rowan’s chapter had a meeting with all the new girls basically coaching us on what to say. We were to emphasize on all of the studying and philanthropy, but we could not talk about any of our chapter’s “traditions.”

Everything came to a head after being a part of the sorority for four semesters. In the spring of 2019, I was diagnosed with a panic disorder, anxiety disorder and a severe depression disorder. I basically fell off of the Greek radar for two semesters, and not one sister checked in on me. So much for sisterhood right?

I emailed the members of the e-board asking to go inactive. I couldn’t handle the toxicity of the sorority while basically fighting for my life and my sanity. Unsurprisingly, they said no, and then offered no help or support. They told me to suck it up and start going to chapter again, and reminded me when I needed to pay my dues.

That was the last straw. I emailed the standards chair, who is the person who is in charge of membership status. I explained my mental health situation and how poorly my sisters were treating me. Disaffiliation should have taken six weeks at most.

What was my response after emailing her? Nothing. For six months.

I emailed her for half a year with no reply. I don’t like being a “tattletale,” but I emailed Gary Baker, Rowan’s head of Greek affairs, explaining the situation with the standards chair. Soon after, I got an email from our standards board asking for a letter as to why I wanted to disaffiliate to send to nationals. I sent the letter, and I waited, and waited, and waited for word that I was finally free.

Keep in mind, during this six month period, another semester passed. I got an email from the treasurer saying that I needed to pay my dues or it was going to affect my credit score. So after being inactive for a semester, I had to cough up $300+ just so that I can apply for a loan in the future.

After five more months of radio silence after a bombardment of emails on my end, in February of 2020 I emailed Gary Baker again, which finally got me a response from standards. She had told me that I had been relieved of my membership a month prior, but she’d never gotten around to telling me.

I later learned from a friend that was still in the sorority that they were waiting out on telling me until I paid my dues again. They didn’t care if I was in the organization or not, they just wanted my money.

I am not alone. Many other girls I have talked to feel this way, but are too scared to leave their organization due to the backlash they might get from their sorority. If you want to rush a sorority, just know that their pretty Instagram feeds and alluring recruitment videos are not representative of the organization. Though it may seem that a lot of girls rave about it, remember that we get in trouble if we say anything negative about the organization to people not in sorority.

If you are planning to rush, please do. If I hadn’t rushed I would have always regretted it wondering “what if?” You might actually have a good experience, unlike me. But please be aware that Rowan’s Greek life system is imperfect.

If I can offer one piece of advice, listen to your gut when it comes to Greek organizations. I wish I had listened to mine and thrown my bid in the trash on the way out of bid day.

Miller: The price you pay to join Greek Life 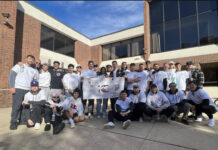 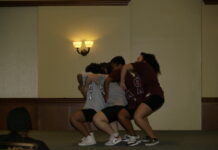