Rowan is offering a new major in Health and Science Communication (HSC) starting this year.

This program is uniquely versatile in the possible career paths it can lead to, and it has been a work in progress over the last few years.

“It took a few years… it just happened to break right at the same time as COVID,” said Dr. Joy Cypher, the department coordinator for the brand-new HSC program.

Cypher said that this major is incredibly innovative because it brings together the two seemingly different fields of health/science and communications.

“To really showcase and create an interdisciplinary program that brings together the strengths of our college with this really important area, and it’s a really lucrative area in terms of jobs, too, so we wanted to give students this sort of focused, detailed work in a bachelor’s that will allow them to sort of hit the ground running in a variety of areas of health and science communication,” Cypher said.

The new major offers multiple different concentrations, so students can narrow down what they are interested in pursuing.

“So we did that work for them and then created a series of foundational classes for the major to really give them a good basis, a good bedrock for which they could jump off,” Cypher said. “Because this is an interdisciplinary major from across the College of Communication and Creative Arts, students will be getting more than just one specific approach.”

There are a wide variety of career paths linked to this new major, but it’s definitely catered towards people who want to communicate properly the things that are going on within the health and science fields, whether that means becoming an environmental journalist or a medical advocate.

The website goes on to say, “In addition to serving communication students, our BA program was specifically designed to accommodate double-majors in STEM and liberal arts.”

Even though this major is brand new, some students are already eager to pursue it.

“Rowan is doing something for the people and to the people… It’s not so focused on math and science and history, you know, it’s just focused on helping our community,” Carmen Galindo, one of the first Rowan students to take up the new HSC major, said.

Galindo, who is concentrating in Interpersonal Health Advocacy, stated that she is excited to help people, especially minority groups, by earning this degree in HSC.

“There’s always going to be something that we have to battle, and to be able to have this communication and be able to communicate, even through nonprofit organizations, and to help Hispanic communities or other minorities, you know, because I don’t think that they’re as informed as they should be,” Galindo said.

Similarly, Cypher discussed the importance of more people participating in this field.

“Science, environment, health — these are topics discussed by the most important people every day. This affects all of us; this is long-term; this is deeply consequential, so we need more people who are trained in literacy and emphasize literacy on this stuff for the public. We need more people to work as advocates,” Cypher said.

Rowan has taken a unique approach with this new major in comparison to other colleges, and this program is doing its best to give students the tools they need to succeed in this field after they graduate.

“When we developed this, we didn’t just look in the local area for comparing competitive schools that might offer health comm or science comm; we looked across the country because there aren’t a lot of programs that offer a pure bachelor’s in this with health and science combined,” Cypher said.

“We got gobs of praise for the innovative approach that we’ve taken to give students both rigor and flexibility… we were incredibly proud of that,” she said.

Overall, this new major is an exciting new addition to Rowan and is a great new opportunity for students.

“If you’re interested in communication and health and science, you will find a space for you. I think that’s pretty important,” Cypher said.

For more information on the new major you can email Joy Cypher at  cypher@rowan.edu, or go to the Rowan Health and Science Communication website. 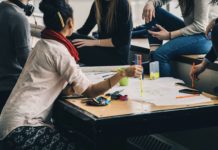 Editorial: Getting Involved as a Student Prepares you as a Professional 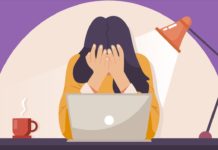