On Thanksgiving, the Rowan Athletics Instagram account posted multiple pictures from some of Rowan’s past sporting events.

However, Rowan Athletics quickly removed the post after one of the pictures received backlash, particularly from Rowan’s Black community. The post in question showed a woman holding up a sign that read: “Turkey Lives Matter, #veganlife.”

Rowan’s Women of Color Alliance (WOCA) was made aware of the post and promptly set up a petition for its removal and a call to action for the university to prevent this from happening again.

“As members and supporters of the Black community at Rowan University, we constantly feel a disconnect and disregard for our lives. We have fought for change; we have fought for our voices to be heard,” Eliya Bravo, the president of WOCA, said.

“We have held not one, but two organization [and] student-led protests in honor of Black lives at Rowan University’s campus, and yet still face disrespect like the occurrence today on Rowan Athletics’ Instagram page. The removal of that photo is not enough for the offense it has given the Black community. We want accountability to be taken for these actions to have even reached the surface. Rowan University and Rowan Athletics, we want an issued apology.”

WOCA recently held a “Say Her Name” march on Rowan’s Campus in remembrance of Breonna Taylor. Before that, multiple minority organizations rallied behind a Juneteenth event.

Dean of Students Dr. Kevin Koett, who attended in support of the “Say Her Name” march on campus, also sent The Whit an apology to the Rowan community:

“I am truly appreciative of those who had the courage to share their concerns and frustrations. As the vice president of student life and dean of students, I am committed to listening to student voices. I know university leadership feels the same, and I hope students will take the time to contact me if they have any concerns. I appreciate that Dr. Giannini offered a genuine and prompt apology related to this matter. In addition, I want students to know that sincere apologies are only one (albeit critically important) aspect of addressing concerns. As an institution of higher learning, we are fully committed to the growth, development, education and continuous improvement of the entire university community. This applies to faculty and staff just as it does to students. As a result, we strive to resolve matters using a multi-dimensional approach that extends beyond an apology.”

Not every member of Rowan’s community agrees with WOCA’s sentiment regarding the lack of respect they felt from the post.

One user commented on the Rowan Athletics apology post: “Way too sensitive, apology not warranted,” which received numerous likes from Rowan students.

Harrison was the first person to call for removing the post, which surprised her considering that Rowan’s other departments seemingly disregarded it.

“I was in disbelief that Rowan would post something like this, especially when they promote diversity and inclusion throughout the entire campus. So it really hurt me to see that they thought it was OK,” Harrison said. “These things have to go through people to be posted; there is someone who comes up with ideas for these posts and multiple people have to agree whether or not to post it. So the fact that there are students or faculty who thought it was OK shows the divide in our community and country.”

Harrison also argued that if institutions like Rowan University want to align themselves with Black Lives Matter, they should take the necessary actions to prevent something like this from happening again.

At the crux of people’s problem with the post is that it makes light of the heavy and genuine issues we see in today’s society, coupled with the fact that it was an official Rowan account. 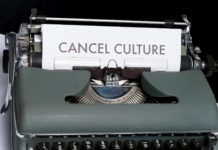 McGraw: Is It “Cancel Culture” or Is It Accountability? 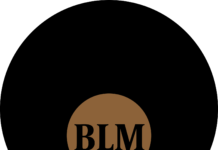 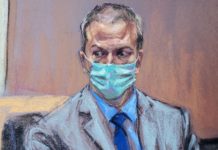