While there unfortunately isn’t any Rowan football to report on this fall, there’s still some college football being played across the country.

This past weekend marked the end of Week 9 of the Division I NCAA football season. Each top four team came out of the weekend unscathed and unbeaten, but for the No. 1 ranked Clemson University, it wasn’t without a scare.

Clemson barely squeaked out a victory over a solid 4-2 Boston College squad. Star quarterback (QB) Trevor Lawrence tested positive for COVID-19 the week before the game, and five-star true freshman QB DJ Uiagalelei filled in for arguably the best player in college football. Uiagalelei had a phenomenal game, having no trouble filling Lawrence’s shoes, throwing for 342 yards and two touchdowns. The reason Clemson almost lost, however, was not what many thought.

Clemson’s defense is the reason this game was so close. They were getting burnt on the outside all day, with their corners having their worst game of the season. If the offense would have struggled, it would have been understandable because Lawerence was out, but it’s concerning that their defense is what struggled in his absence.

The No. 3 team in the country, Ohio State University, traveled to State College to take on the No. 18 Penn State University where they took care of QB Sean Clifford and the Nittany Lions. To no surprise, Ohio State QB Justin Fields torched the Penn State defense en route to throwing for 318 yards and four touchdowns.

Ohio State, with their explosive offense, established the run early, couldn’t be stopped, and knocked off Penn State 38-25.

The No. 2 team, the University of Alabama, demolished Mississippi State, winning 41-0. Alabama QB Mac Jones firmly established himself as a top three Heisman candidate, throwing for four touchdowns, totaling 16 passing touchdowns on the season. In wake of wide receiver (WR) Jaylen Waddle’s absence due to a season ending injury, Devonta Smith came up big for Alabama as wide receiver, going for 203 yards and four touchdowns.

The No. 5 University of Georgia took on the University of Kentucky in Lexington and struggled mightily against the Wildcat defense, only putting up 14 points. QB Stetson Bennett struggled again and has caused Georgia to re-evaluate the position, but they still managed to pull out the win 14-3.

The University of Texas and QB Sam Ehlinger knocked off the No. 6 ranked Oklahoma State offense. Head Coach Tom Herman’s defense capitalized on four Oklahoma State turnovers and closed the door 41-34 in overtime.

The unranked University of Virginia knocked off the No. 15 North Carolina University en route to a narrow 44-41 victory. North Carolina, yet again, got exposed on defense and proved not to be a top 25 team.

West Virginia University shocked a lot of people by toppling the No. 16 Kansas State University 37-10 this past weekend. West Virginia has completely turned it around this year and is playing phenomenal football. Expect them to be in the top 25 rankings very soon.

In New Jersey news, Rutgers University came inches away from possibly pulling off a comeback upset over the No. 17 Indiana University. Rutgers’ last play in the final minutes was one for the record books and was one of the most exciting final plays ever seen. Rutgers gave Indiana a run for their money, but lost 37-31 in the end.

In coronavirus news, there were a couple games cancelled this weekend due to the virus, with the most notable being Nebraska vs. Wisconsin. Wisconsin cancelled next week’s game as well.

The Pac-12 kicks off this weekend after postponing their season due to COVID-19. Being the last conference to start their season, it’ll be interesting to see how well they handle this season and the pandemic, as opposed to the other conferences. 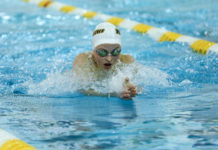 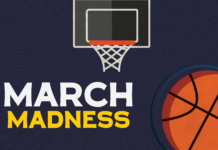 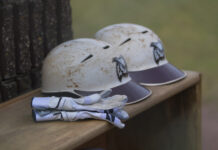