As members of the Rowan community learned via a virtual lecture on Friday, Norwood Viviano’s glass art isn’t just visually striking; it’s also educational when it comes to understanding a variety of different geographic and environmental changes.

Inspired by his childhood in eastern Michigan around Detroit, Viviano’s first venture into artistic data visualization sprang from a desire to explain the ways he’s seen the area change over time.

“The metal and the technology were referential to the industry,” Viviano said. The result was a 3D population graph of the city of Detroit; the central shape is the city’s outline, its width represents population and its length represents time.

“I have a very strong relationship to that area and the questions that are associated with the transformation of that area. For me, it became an opportunity to learn more about the challenges of that area — and then subsequently, I’ve taken those questions and attached them to other areas,” he said.

These questions of population would come into focus again in 2010, when Viviano participated in a residency at the Museum of Glass. The resulting collection of work is titled “Cities: Departure and Deviation” and borrows from the same basic principles of modeling population over 3D space.

“I’d been working in cast-metal for almost 10 years because those were the facilities available to me at school,” he said, “and it was a really intimidating opportunity. It was an evolution of the Detroit population graph.”

The result was glass population graphs of 24 American cities.

In the case of “Cities Underwater,” this was one of Vivano’s first times thinking forward in time, instead of backwards. To do so, he grouped glass projections of global sea level rises of five, 12 and 25 feet together like nesting dolls.

“I think when you are thinking about how cities look at the future, it’s really important to look at the economic implications [of climate change] and the various groups of people that will be impacted,” he said. “In some cases, some people have the means to just move out of a city. Some people don’t. So this is looking at cities over the course of the next 500 years.”

The collection is currently on exhibit in Venice, Italy.

Though some might find the subject matter of impending sea level rise due to climate change grim, Viviano doesn’t think so.

“For me it’s about using glass as a material that can be beautiful and kind of poetic, but global warming and sea level rise are neither one of those things,” he said. “But glass can be a way to draw somebody into that conversation.”

Among Viviano’s techniques are those that some might find unusual when applied to glass art — including 3D printing (which was invented in 1986 and which Viviano has employed since the 90s) and LiDAR (light detection and ranging) imaging. Though LiDAR generally has uses in remote sensing, Viviano employs the technique to create to-scale wax molds — and subsequent glass likenesses — of the cities that are his subjects.

Viviano’s lecture was part of a collaboration between Wheaton Arts and Cultural Center in Millville, NJ and the Rowan course ART0244 Glass Arts & Heritage Landscapes taught by Dr. Jen Kitson. According to its course description, the class “will expose students to art-geography research methods animating concepts such as landscape, place and memory in expressive and aesthetic ways” with a “mission: to make the creative capacities of glass in South Jersey visible (sensible).”

The event was co-hosted by Kitson, the Art Department and the Geography, Planning and Sustainability Department. It was also sponsored by the Institute of Innovative Media, Materials and Design.

“The Institute [of Innovative Media, Materials and Design] directed by Jenny Drumgools has made this possible through our class this semester,” Kitson said, “and we’re excited to creatively engage and research the legacy of South Jersey glass.” 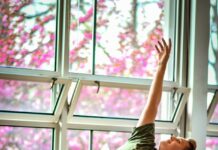