Editor’s Note: This article was written on Sept. 29, before the start of any 2020 MLB playoff games.

October baseball is finally here. Well, technically not for another two days, but when you think of the Major League Baseball playoffs, you usually think of October baseball.

The playoffs will indeed look a little different this year. There are 16 teams as opposed to the traditional 10 teams. The best-of-three Wild Card Series is a new part of the playoffs, mostly because of this expansion.

Focusing in on the New York Yankees and Cleveland Indians matchup, it’s going to be one heck of a series. Game one will feature two of the best pitchers in baseball: the Yankees’ $324 million guy Gerrit Cole vs. the no-brainer 2020 Cy Young Award winner Shane Bieber.

This 2017 ALDS rematch will be an electric series to tune into. Both teams have made big upgrades since the last time they faced off, which was in the 2019 season. The Yankees have added Cole, kept Clint Frazier up in the big leagues and called up Deivi Garcia who can potentially be the game three starter. As for Cleveland, they have added Cesar Hernandez, Franmil Reyes, Josh Naylor and Delino DeShields.

Cleveland has also had some huge losses, specifically from their starting rotation. Compared to their Opening Day 2019 rotation, they have lost Corey Kluber, Trevor Bauer and Mike Clevinger. Guys like Zach Plesac, Carlos Carrasco and Aaron Civale have been able to step up, but the staff is nothing like it once was. With the emergence of Bieber, it is scary to think what this rotation could have been.

The Yankees have been very streaky throughout the 2020 season. At times, they looked like the best team in baseball, but they have also looked like a team that could barely hang onto a playoff spot.

If the Yankees want to survive in the playoffs and win themselves their long-awaited 28th World Series, they will need key players to turn it up a notch. Here are a couple of guys who MUST show up in the playoffs to be a difference maker for the Bombers.

Ever since trading for Stanton after the 2017 season, it is safe to say that the Yankees have not received the player they traded for. His inaugural season for the Yanks was solid, batting .281 with 38 homers and 100 runs batted in. Over the past two seasons, Stanton has played in just 41 games due to injury.

In his postseason career with the Yankees, Stanton bats .235 in 34 at bats. That translates to just eight hits, with 12 strikeouts to go with it. With bats like DJ LeMahieu and Luke Voit in the lineup, adding a vintage Stanton would go a long way for the Yankees.

The face of the franchise, the future captain of the Yankees, Aaron Judge is truly a generational talent.

The bad part is he is highly injury prone. Over the past three years he has had to take chunks of time off due to injury.

This season, Judge has shown flashes of being one of the premier players of the league. Hitting six home runs in five games early on, he was looking like the 2017 Rookie of the Year that Yankees fans remember.

In the last few playoff runs that the Yankees have been a part of, Judge has been a huge threat to opposing teams. Judge needs to keep that same energy and form a scary one-two punch with Stanton. Yankees fans still have yet to see the likes of 2017 Judge and Stanton batting back to back. If the Yankees want to compete for a World Series, the beasts must unleash.

After a stellar rookie campaign, and an even better sophomore year, Gleyber Torres seemed to regress in year three. Injuries kept Torres off the field for parts of the season. While he did play, he slashed .243 with only three home runs. Torres moved over to be the full time Yankees shortstop this year, and his play was somewhat suspect.

Compared to 11 errors made at shortstop in 77 games last season, Gleyber made nine errors in 40 games this year. It is very possible that manager Aaron Boone uses Tyler Wade as a defensive replacement for Torres in the backend of games. However, Torres was clutch in last year’s postseason run, so it is tough to determine how he will be used. Needless to say, the young Yankees stud performing at the highest level possible with a superstar-filled lineup spells out D-A-N-G-E-R.

We all know that starting pitcher Masahiro Tanaka is an absolute monster in the playoffs. He owns a 1.76 earned run average (yes, you read that correctly) in the postseason over 46 innings pitched. In a shaky, but overall decent 2020 season, Tanaka posted a 3.56 ERA over 49 innings.

As the years go on, Tanaka has been becoming less of a strikeout pitcher and more of a groundball/flyball pitcher. He is simply getting outs and that is all you can ask for in an SP. There is not much reliability after Cole and Tanaka in the starting rotation, so it is crucial that they hold it down while the lineup puts runs on the board for them.

They have the talent, the heart and the will to win it all. Everything must come together now. 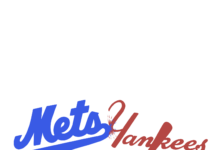 Camarda: A Look at the World Series Hopes in the Big Apple 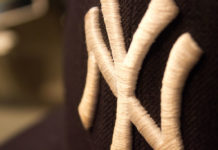 Bernardino: The Yankees’ Season is put to an end After Loss to Rays