The Student Government Association (SGA) held its second meeting of the year remotely on Monday. They announced the reinstatements of three board of trustee positions and the approval of Rowan’s 2021 fiscal year operating budget.

“The budget includes $153 million in expected state funding, will we get that? Who knows, we will see in time. That also includes $81 million in state-paid fringe benefits,” Kyle Perez, student trustee of Rowan SGA, said.

According to Resolution 2020.09.06, roughly 50% of the expected state budget is set aside for fringe benefits. These benefits include life, disability and health insurance, tuition reimbursement and education assistance.

“Everything has changed with [COVID-19], things have been delayed, but we are on track with our financial obligations,” Perez said. “We are just waiting to see what the NJ state budget will look like.”

Governor Pill Murphy announced Wednesday morning he will sign a $32.7 billion budget put forth by the state legislature. According to NJ.com, “The legislative proposal notably slices $200 million off the planned $4.9 billion contributions to the state’s public worker pension fund, representing a considerable concession for Murphy, who was adamant he would not haggle over the payment.”

“Rowan is one of the lower-funded state schools in New Jersey despite our size and graduates we send out. I think it could improve with more input from students, I hope over time that irons out,” Perez said.

Perez also announced that the board of trustees had reinstated three members during their first meeting of the year.

“One of the main parts of the first meeting of the year is the reorganization of the board. We reinstated three members, one being Alternate Student Trustee Samantha Bollendorf. We also reinstated Barbara Chamberlain and Frank Giordano to 6-year terms on the board of trustees,” Perez said.

According to Rowan, Dr. Barbara Chamberlain serves as an education specialist with the New Jersey State Nurses Association. At the same time, Frank Giordano is the president of Atlantic Trailer Leasing and president and CEO of The Philly POPS. He is also a member on the boards of the Coriell Institute for Medical Research, The Mann Center for the Performing Arts, Historical Society of Pennsylvania and the National Italian American Foundation.

“The people who make up the board are typically industry professionals and alumni. We have a lot of alumni on the board,” Perez said.

Some of the board members come from families who donated a considerable amount of money to improve Rowan. These include Dr. Barbara Chamberlain, Ms. Linda Rohrer, and Ms. Jean Edelman.

“This year, due to [COVID-19] restrictions and sports being canceled, the school’s teams no longer needed money for transportation, which SGA provides. They graciously agreed to give $70,000 back to SGA and $30,000 to tutoring programs for athletes,” Beck said.

The applications to apply for scholarships are formulated by the SGA Academic Affairs Committee, who will meet on Oct. 5. Beck states that the application involves an essay as well as letters of recommendation. However, more significant scholarships may require an interview. Student applications for the scholarships will eventually appear on PROFlink.

“We will set up a scoring system based on applicants’ essays. The members of the Academic Affairs Committee will ‘blindly’ read the essays and grade them. Based on that, we will determine…who needs it the most. We will have an official grading system available soon,” Beck said. 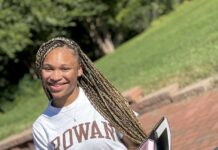 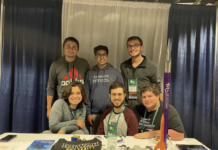