The show, being the first of the major award shows to be presented during a pandemic, was presented in an online format to abide by social distancing guidelines. Productions like “Schitt’s Creek,” “Watchmen” and “Succession” swept the competition, making history for the long list of awards they’ve won.

In response to the social justice events that have happened this year, the award show was very open about politics with conversations about inclusion and the urgency of voter registration. Stories were told by America Ferrera and Issa Rae about how Hollywood had overlooked them because of their race and ethnicity.

Though the Emmys have a history of presenting awards to a majority of white people, black actors and television contributors have won more this year than ever. These long-awaited changes in acting for social justice will hopefully set the bar for more award shows to follow in this example.

Below is a recap of the nominees and winners of this year’s Emmys:

“Schitt’s Creek” had a wonderful night of awards being won, with on-screen couple Catherine O’Hara as Moira Rose and Eugene Levy as Johnny Rose winning awards for Outstanding Actor in a Comedy Series and Outstanding Actress in a Comedy Series. The children that were portrayed in the riches-to-rags sitcom, Annie Murphy as Alexis Rose and Eugene Levy’s real-life son Dan Levy as David Rose, won in their respective supporting actor categories. During his acceptance speech, Dan Levy urged viewers to vote in the upcoming presidential election. “Schitt’s Creek” also won the Outstanding Comedy Series award.

Another historical event that took place during the Emmys was actress Zendaya’s Emmy nomination and victory at just 24 years old. Zendaya, known for her role in “Euphoria,” made history as the youngest lead actress in a drama to take home an Emmy win.

Jeremy Strong of “Succession” took home the Outstanding Lead Actor in a Drama Series award. Billy Crudup, known for his work in “The Morning Show,” and Julia Garner from “Ozark” won in the supporting actors categories.

The Emmys also recognized the very best in television with a few awards going to the popular shows. The wildly popular “RuPaul’s Drag Race” drag queen competition, hosted by RuPaul Charles himself, won the award for Outstanding Reality/Competition Series. This makes for the show’s third consecutive win in the category.

In the Outstanding Limited Series category, “Watchmen” won yet another Emmy for their talent-filled action fiction series. “Succession,” another television series that had quite the successful night, won the Emmy for Outstanding Drama Series. Though things were quite different this year with no red carpet or guests to attend the annual major awards show, the Emmys still proved to provide some sort of normalcy for viewers at home. This has been the year for binge-watching new shows, and shows like “Schitt’s Creek” may get their recognition as we continue to quarantine and social distance in this world of remote working and learning. 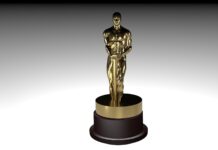 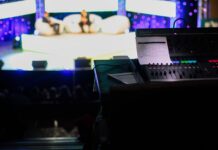