There is no position in football and possibly all of sports more coveted than the quarterback. Without a good quarterback you can’t win games in the NFL, let alone a superbowl, and a great quarterback can change everything.

Every year struggling teams try to grab their franchise quarterback via free agency, trade or the draft in hopes of turning their franchise around. After a bit of a let-down class last year, this quarterback class has some serious firepower, and here are the five best.

Fromm, who won the starting quarterback job over Jacob Eason, has his limitations. He does not have a strong arm at all. He struggled his entire career and at the combine with deep balls. What you have in Fromm is a smart and accurate quarterback that plays it safe and can make tight window throws as long as they aren’t far down the field.

Where he goes will play a big part in his success at the next level. He can be good enough to bring a great team, like New Orleans, to the playoffs, but don’t expect him to revolutionize your team like Patrick Mahomes did in Kansas City. His arm simply isn’t good enough to do so. But hey, they said the same thing about Joe Burrow before this season, maybe somehow we’ll see a similar breakout from Fromm in the right situation in the NFL.

Love is potentially the biggest boom or bust prospect in this draft. There are so many things to like about his game. He has great size, mobility and a big arm. He can make big plays and make any throw on the field.

Unfortunately, he had a pretty bad season last year, throwing 20 touchdowns to 17 interceptions (but they weren’t all his fault). He has trouble reading defenses, and he makes a lot of boneheaded desperation throws. He throws a lot of turnover worthy passes going for the big play, sometimes missing the safe option.

All of the potential is there, but can he reach his high ceiling? He could possibly be the next Mahomes like player. He has shown he can make similar game-changing plays, but he could never become a great passer at the next level. Whoever drafts him must be patient and truly give him time to figure everything out.

Tagovailoa would be the best quarterback in most classes but this isn’t most classes. There is a lot to love about Tagovailoa’s game. He is a smart quarterback that can read defenses well. He has a good arm and throws with great accuracy.

The biggest concern with Tagovailoa is durability, as he is still rehabbing from a major hip injury. If it weren’t for the hip injury, he would likely be number one on this list. Nobody knows how serious this injury will be moving forward in his career, so whoever drafts him: please get him a good o-line. Tagovailoa has franchise QB potential and can be the long-term face of whatever team drafts him.

After studying Herbert the past few years, I feel as though I have also been watching him every Sunday play for my Eagles. His game is nearly identical to Carson Wentz. Herbert is a big quarterback with a big arm to match. He can make any throw on the field, especially on the move.

Despite being so big, Herbert can run the ball pretty well. He struggles a bit, though, with accuracy in the pocket, consistency and ball security. These are all the same weaknesses as Wentz. He might not be the most surgical passer from the pocket, but this man can flat out make plays. Get him a good coach and let this man be your franchise quarterback for the next decade.

All of the top three quarterbacks are worthy of the 1st overall pick, but it’s LSU’s Burrow that takes the number one spot. Burrow might be the greatest college quarterback of all time, coming off a historic season that saw him throw 60 touchdowns in a Heisman Trophy campaign.

He checks off pretty much all of the boxes you want from a quarterback. He has phenomenal accuracy, he is amazing under pressure and he reads the defense like no other prospect I’ve seen. Oh yeah, and he can run pretty well too.

The only negatives you can say about Burrow are his age; he is already 24 and might be a finished product (albeit a great product) and has only a good, not great, arm. He is as safe of a quarterback you can take and a day one starter. Cincinnati, don’t overthink this, just take Burrow and turn your franchise around.

Player Comparison: Tony Romo with some Tom Brady to him.

Hurts has a lot of things an NFL team will like. He’s a high character, tough athlete that has proven to be a team player. He is pretty mobile and had a good college career between Oklahoma in 2019 and Alabama where he started over Tagovailoa in 2016-17 until the National Championship game. Is he a good enough thrower to be a franchise quarterback though? Only time can tell.

Eason is a big quarterback who has a bazooka of an arm. He will step into the league with a top five arm. He is raw in pretty much every other area though. And he’s slow. But as a result of his A+ arm he can make throws other QBs simply cannot make. Can some team work out the kinks and make him their guy? 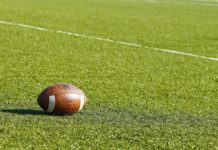 McGraw: Bring Super Bowl Back to the Fans