The picturesque, rolling hills of Machu Picchu can seem like something out of a dream. For one foursome of New Jersey-natives, that dream quickly became the stuff of nightmares.

When Rowan alumni Marie DiLeonardo, 27, and Rowan College of South Jersey graduate Kenneth Valinote, 29, booked a trip to Lima, Peru for March 3, along with Kenneth’s sister Kelisa Valinote, 27, and Jakub Szczepaniak, 30, they expected to see the iconic ruins with their own eyes, sand surf in the desert and try delicious cuisine. Up until March 14, everything was falling into place.

What a difference a day makes.

They couldn’t have imagined they’d remain in the Amazonian nation a week after their departure date, stuck in their Airbnb as a result of a national lockdown, enacted on March 15, a day before their flight home. Yet, the country of 32 million is suspended in a war against an invisible enemy: the COVID-19 virus.

The government’s response to the burgeoning crisis? Bring out the military and institute martial law.

“We had no warning at all, we were out to dinner, did our makeup, went out to eat and got the news before we ordered our food,” DiLeonardo said. “We immediately called the embassies, within under four minutes of hearing the news, and they were shocked. It was almost like we were giving them the news in a way, like ‘we don’t know anything about this. Good luck, find shelter.’”

Within the next 24 hours of Peru’s President Martin Vizcarra’s declaration, Lima transformed as Peruvian military descended on every street corner and intersection. Every commercial billboard and advertisement became a tool of the government’s national public health marketing campaign emblazoned with the phrase #yomequedoencas, or ‘I’m staying inside.’

It’s not just a suggestion, either. The police and military stop anyone on the street, check their identification and ensure they have a legitimate reason to be outside. Walking to pick up life-saving medications or picking up food and water are the only two exemptions. Personal vehicles are prohibited between the hours of 5 a.m. and 8 p.m. to help ensure medical professionals and cargo trucks stocked with “primary supplies” can easily maneuver throughout the city.

While the frequent military stops may be an obstacle for other groups of tourists due to the language barrier, it hasn’t been a problem for DiLeonardo’s thanks to her ability to speak Spanish fluently, an asset she credits to her education at the Rowan University Department of Foreign Languages and Literatures. This ability has proved useful as she is able to understand the President’s daily briefings on the virus, one of their most important sources of information, along with Facebook and large WhatsApp groups with the other 4,000 Americans in the country.

Pharmacies, grocery stores and banks are the only businesses remaining open during the hours of 6 a.m. and 7 p.m. Upon every entry, patrons are sprayed with alcohol and their temperature is taken. The military restricts the number of patrons who can enter these establishments and ensure citizens remain six feet away from each other in lines stretching down the block.

Sometimes you might not make it in with the rest of the group, as DiLeonardo learned recently.

“Yesterday, we were counted off and ten [people] went in. I wasn’t part of my group. Three of us went and I was split off. I told them I was with them and they said, ‘Sorry, you have to wait here until people come out.’”

Rice, sugar and water are rationed, but otherwise, all other items can be bought in limitless supply. Unlike some grocery stores in America, these stores are fully stocked.

The U.S. Embassy changed, as well. All non-essential personnel have been evacuated from the country. While other countries have been able to retrieve their citizens within the first day or two, by and large the United States has been unable to do so.

“It seems like the U.S. Embassy has never thought about an emergency plan to get citizens home. They are circling us in crazy roundabouts. We can’t get a hold of the embassy there, they’ve essentially packed up.”

Although all commercial flights have been canceled, nations have been able to repatriate their citizens by using the Peruvian military’s airport. Today, the United States was able to fly out 400 of the most at-risk citizens, including elders, infant babies and the medically vulnerable.

“I told my friend it’s kind of like if you crashed a plane in the jungle and you’re trying to keep spirits high and you’re like, ‘haha, guys, don’t worry, the planes are gonna come, they’re gonna come tomorrow, every day,’” DiLeonardo said, describing a scene that could have came out of the television show “Lost.” “Basically every night we’re like, ‘don’t worry, tomorrow’s the day.’”

In the meantime, the group has passed the time by watching Netflix, working remotely and devising ways to return home. The U.S. Embassy has been advising citizens to contact commercial airliners to find special flights home, with no luck. Recently, the group purchased four tickets through a Russian airliner for $6,000 before learning the service was a scam. While the group were lucky enough to cancel within a 24-hour cancellation period, others may not have been as fortunate.

Despite how hectic their experience has been so far, the group is more concerned with America’s response to the virus, or lack thereof. As of 5:30 p.m. on March 24, Peru has 416 cases of COVID-19 while the United States of America has 52,145, according to John Hopkins Center for Systems Science and Engineering.

“Obviously, we don’t want to be here. We want to go home but the measures the Peruvian government took last Sunday should have happened in the United States three weeks ago,” DiLeonardo said. “The things that they’re doing here, it just makes the most sense to keep people safe. It’s just we’re really concerned for our family and friends. The Wawa’s aren’t closed, the self-serve coffee is closed but they’re still going to Wawa. Nobody should be out at all… We are way safer from the virus here than we’ll ever be at home.”

According to DiLeonardo’s WhatsApp groups, which include some of the American’s who were evacuated today, there still are no restrictions upon reentry into the country.

“People are taking videos of them at the airport with no screening, just getting off the plane and grabbing a beer,” DiLeonardo said. “They’re out in Miami. They’re circulating. Florida is not under quarantine. The airports are open, flights are cheap and people are traveling.”

Despite the chaotic vacation, the group doesn’t want people to feel sorry for them.

“We don’t want a sob story. We’re not hungry, we aren’t uncomfortable,” Szczepaniak said. “We have everything we need, we’re safe, it’s just an inconvenience.”

The group has been in touch with elected officials including United States Sen. Bob Menendez. Sen. Menendez, the ranking member of the Senate Foreign Relations committee, sent a letter to President Trump on Sunday March 22, urging action on the thousands of Americans stranded abroad.

“No American should ever have to worry that they might be abandoned abroad by our government,” Sen. Menendez wrote. “As we work together to confront this unprecedented pandemic, we must provide Americans overseas the support that they need.”

Repatriating these citizens would require a solution from the executive branch. As members of the legislature, Sen. Menendez can only apply pressure to the State Department but can’t constitutionally solve this crisis by themselves.

“The criticism that the senator has had for this administration, primarily the Secretary of State and even the President, is that they haven’t been doing enough,” Menendez’s Communications Director Steven Sandberg said. “There are physical planes sitting on tarmacs across the country. The United States government has the power to go to those airlines and charter the planes, with their pilots, and send them to places to rescue and bring back American citizens. They have yet to do that. They also can arrange military transport. We have military bases all over the world and working with our government and with foreign governments, we can arrange for evacuation purposes.”

This article has been updated to reflect the measures Senator Menendez has taken to ensure the safe return of Americans trapped abroad. 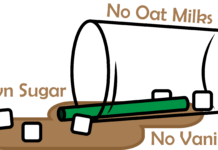 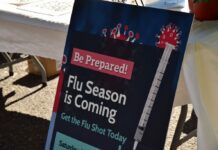