Old man winter has taken a break this season, drastically affecting the continental United States during a season usually marked by frigid temperatures and snowfalls.

Places like New York City and Chicago have gone the entire season without issuing winter storm warnings, according to Weather.com. Entering February 2020, out of 50 total, 48 continental United States had experienced above-average temperatures during the winter season.

In the Philadelphia region, including Glassboro, New Jersey, temperatures have been very mild. The causes are numerous and varied but there seems to be a consensus amongst researchers and scientists alike as to the general cause. A positive arctic oscillation.

An arctic oscillation is an atmospheric condition which describes “simultaneous, geographically ‘choreographed’ shifts in multiple features of the polar vortex: air pressure, temperature and the location and strength of the jet stream,” according to Climate.gov.

This teleconnection is “basically a setup in the atmosphere which varies but the variations can last for quite some time,” Ball State University Professor Dr. Petra Zimmermann explained in an email.

This winter, the arctic oscillation is in a positive phase, affecting the jet stream and “keeping the cold air bottled up to the North,” NJ State Climatologist David Robinson said. That arctic air has been trapped near the North Pole, resulting in the mild winter we’ve been experiencing.

“When it’s in a positive state all winter, the circulation (of cold air) stays to our north of the jet stream, which is the dividing line between the polar air and the milder mid-latitude air and it stays very circular in its rotation at higher latitudes,” Robinson continues. “When it’s in a negative stage, it tends to become waves.”

“Overall, our winters are getting milder. This is due to anthropogenic activities, a greenhouse effect that humans are enhancing,” Robinson said. “This winter would have been mild if we were on the planet or not. However, with our the warming that is going on in the winters over the last half century, that’s been enough to raise the temperature that much milder. It’s most always a combination of the two, some natural variability, but laying that natural variability on top of a humanly warm atmosphere.”

The mild winter hasn’t affected the entire country, however. Alaska, the country’s most rapidly warming state, has experienced below-average seasonal temperatures due to the jet stream keeping heavily concentrated cold air collecting in the Arctic region.

Elsewhere, in the Colorado rockies, their mild winter has subsided, making way for heavy snow falls throughout the month of February. According to Andrew Winters from the University of Colorado Boulder, it’s tough to pinpoint one particular reason for their sudden influx of snow.

“You have these situations where what’s going on throughout the entire northern hemisphere can impact the resulting flow structure over a given location,” Winters said. “It’s a combination of what’s happening with scale, in terms of that really strong upper level jet stream and the western orientation of that, compared to normal.”

According to Dr. Douglas Miller of the University of North Carolina Asheville, the isolated snow storms over Colorado may line up with a theory proposed by Dr. Jonathan Martin from the University of Wisconsin-Madison. Martin’s research suggested that as the polar ice caps melt, there is a shrinking reservoir of cold air for winter storms to pull from.

“The cold air source has been diminishing gradually over time,” Miller said. “(The snow over Colorado is) kind of consistent with the cold air being kind of in isolated pockets. Not covering as large of an area … having sporadic colder outbreaks is very consistent with this diminishing cold air supply. You get more isolated pockets where some people really get hammered with snow and everyone else wonders where is it?”

While not everyone agrees the mild winter has been caused by climate change specifically, they all agree that winters have become warmer over recent years.

“It’s too early to say this is definitely climate change — one day or one season isn’t enough,” Zimmermann said. “However, we’ve had some very warm winters (globally) in the past 10-12 years.” 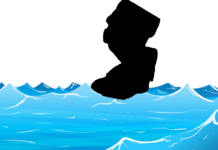