Talking about Eminem in the year 2020 is a strange endeavor, mainly because he doesn’t quite fit in the modern music landscape.

His last two albums, the infamously horrible Revival and the “old head” manifesto Kamikaze are the musical equivalent of scientists attempting to revive a dodo bird from fossilized DNA. Eminem is outdated, and is thus out of place. He hasn’t really changed his style to fit with modern tastes, and his once innovative lyricism has been overshadowed by more nuanced creators like Kendrick Lamar and J. Cole.

…now that we’ve grown up a little and gained some perspective and awareness in our lives, it’s just not all that cute anymore.

In retrospect, the best trajectory his career could have followed was for him to retire on mountains of cash after 2013’s “The Marshall Mathers LP 2,” which was a pretty solid album as far as Eminem goes. I am somewhat happy to report that, while nothing special, “Music to be Murdered By,” released on Jan. 17 of this year, is a mildly entertaining if not problematic redemption for the tragedy that was Eminem’s career in the late 2010s.

While Em’s angry, rapid delivery and affinity for wordplay have always held up, it’s his lyrical content that reads as labored and lacking in substance. He’s the king of edginess for edginess’ sake, in a similar artistic vein as something like South Park, making fun of everybody for the explicit goal of offending people.

While this tongue-in-cheek absurdity certainly resonated with us in middle and early high school, now that we’ve grown up a little and gained some perspective and awareness in our lives, it’s just not all that cute anymore.

For example, very early into the track “Unaccommodating,” Eminem used the R-word. Now, I’m not an easily offended person, and five years ago I wouldn’t have batted an eye, but now that I’ve had actual friends who are mentally disabled, and have seen firsthand what that word can do to people, it’s concerning to see a grown man have such a cavalier approach to a slur.

“Okay, that’s just Eminem doing his thing, it’s no big deal,” I thought to myself, but found that I couldn’t move on from it.

In the very same song he makes a crude reference to the Manchester bombing that occurred in 2018: “But I’m contemplating yelling ‘bombs away’ on the game, like I’m outside of an Ariana Grande concert waiting.”

Again, ten or so years ago, when these kinds of events were less common, and the environment surrounding them less hostile, a line like this wouldn’t have raised any red flags. But now that we’re viscerally aware of the horrific realities that these events entail, and how they affect the people involved, this just comes across as tasteless and insulting.

The song “Darkness,” while a decent song overall, shows Eminem presenting all of these weird comparisons to him and the Las Vegas shooter. He doesn’t present any inaccurate viewpoints, but it’s just odd that he seems to empathize with this person. Fortunately, this is pretty much as bad as it gets.

While lyrically and musically this album is pretty standard for Eminem, there are a handful of great songs here. The aforementioned “Unaccommodating” features a smooth, relaxed opening verse from Young M.A. that contrasts nicely with Eminem’s supersonic flow in the latter half of the song.

Die-hard Eminem fans will be overjoyed to hear three separate Royce Da 5’ 9” features, one of which lands on the posse cut “Yah Yah.” Rap legends Black Thought and Q-tip provide stellar contributions to this track, as well as newcomer Denaun Porter. The song “Stepdad” is a sad yet strangely cathartic meditation on domestic abuse, with Eminem providing an exaggerated, yet still realistically violent scenario.

The last standout moment is the track “Godzilla,” a song with a slick and imposing hook from the late Juice WRLD. I’ll confess, I really did not enjoy his music before his passing, but his performance on this song is making me consider giving his work another listen. It’s also really nice to see Em picking out exceptions to the “mumble rap is garbage” rule he’s spent the last few years preaching.

Sadly, the rest of the tracklist is nothing special, just some boring pop rap with half-baked concepts. My least favorite is the love song “Those Kinda Nights” featuring Ed Sheeran (side note: why does Ed Sheeran keep writing “sexy” songs? Who is having sex with Ed Sheeran?). Additionally, the whole idea behind this album doesn’t really come to fruition beyond a few admittedly charming spoken word bits from Alfred Hitchcock himself.

In short, this is an Eminem album through and through, and while it is much, much better than his other recent outings, there’s nothing here that sets it apart from the many excellent hip-hop albums that are constantly being released.

If you want something that scratches the same creative itch, and provides the same edge and grit with something actually backing it up, I recommend artists like Danny Brown, Pusha T, and Denzel Curry, who achieve this much more consistently. 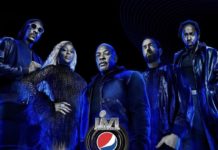 Counts: The Super Bowl LVI Halftime Show was the Best one yet 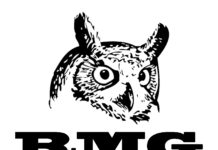