“ALLTY4” is emo rapper Trippie Redd’s second project in the last three months, and fourth in the last 378 days. “!” from August was an absolutely abysmal project, so a follow up almost immediately after seemed like it would contribute to a disappointing 2019 for Trippie. But I had faith in the red-dreaded goon’s ability to deliver on a fourth love letter project, and correct I was with that faith.

Trippie showcases in a 21-song project — the longest he has put out — his versatility as a modern-day rapper and his numerous influences that contribute to his music.

We’re going to start out with the negatives from my perspective, because the list is so short. “M’s” is the worst song on the project, and that is mainly because Lil Yachty sings the chorus. It is simply awful. That is all.

Well, now with the bad out of the way, let’s get into it. The album weaves between multiple sub-genres and moods, all with the underlying motif of pain and suffering.  Most of the album revolves around heartbreak and Trippie’s desire to get this mystery woman back … or murder her and everyone on the planet.

There are multiple “murder songs” on the album, including “The Grinch,” “Death” and “The Jungle Book.” “The Grinch” is a minute-and-a-half grungy screaming song with a bass-boosted beat that almost sounds like it was recorded in someone’s basement. But the beauty of this song is the genuine anger in Trippie’s voice that gets you just as angry for less than two minutes. It is reminiscent of our favorite inmate 6ix9ine’s songs “Kooda” and “Gummo.”

Next is “Death,” which replaces the anger with what sounds like real threats and targeted lyrics. The song contains a sample from Three 6 Mafia’s “Hit a Mutha*****” throughout the chorus, and a flat eight bars from DaBaby. But it is essential to include the hottest rapper in the game on your song, so it’s an understandable move.

The last murder song is “The Jungle Book” with a feature from Lil Wop, who may as well be 21 Savage based solely on how eerily similar his voice sounds on this track.

The next section of the album I’ve categorized as “bop-eroonies” which are just fun songs to listen to that you can most likely get lost in. I’ve listened to this album all the way through about seven or eight times now and these are the songs that I’ve either woven into my workouts and used to forget about life itself for a few minutes, or ones where I sit there listening to every line while making the stank face. If you don’t know what the “stank face” is there is a SpongeBob meme below to explain.

These songs show me clearly that Trippie Redd takes advantage of autotune in a way similar to Travis Scott that gives him a melodic arsenal that he uses to switch up the emotions that his voice can emit.

These songs have proven my endless point that in rap music, it isn’t necessarily what you say anymore but how you say it. This is apparent on “Bust Down Deux” that includes a French feature. Youv Dee has an entire verse in a different language that I can’t help but bump my head along to. And “RMP” includes a chorus entirely of the line “Richard Millie plain” six times in a row, and I couldn’t be happier with it. I don’t even know who that is but with Trippie’s high-pitched vocal effects he makes it the most interesting name I have ever heard.

My favorite “bop” from the album is “Can You Rap Like Me, Pt. 2” where Trippie takes a west-coast beat and showcases his actual rapping ability and his bars. As he says, this song will “make the whole city rock and ditty bop.” A feature from Chris King also adds a nice mix of many-syllable lines focused on rhyming and some quick lines for puns.

But it isn’t all sunshine, rainbows and murder when it comes to Trippie.  There are multiple songs on the album that detail his heartbreak and feelings about life as a whole.

The two standouts are “Leray” — who, if I’m not mistaken, is a fellow rapper that he used to date, and “Abandoned.” The first of the two is the opening track on the album, which starts with a monologue from Trippie about his sadness over his love lost.

The most gut-wrenching line he says emotionless and plainly, “I wasn’t necessarily looking for happiness, just less pain,” which, coming from someone who I’m older than, shakes me to my core. Trippie belts his feelings out over an acoustic guitar for the next minute, and the song seems to end extremely abruptly, as if to make reference to the course of his relationship.

“Abandoned” has a Mariah the Scientist feature where the artists come together for a final chorus that creates a phenomenal and heart-sinking harmony that can be described in no other way.

The final part of this album is the hybrids, and they’re what I love about Trippie’s discography. They’re not sad, happy, fun, depressing, rap, grungy or dance music, yet somehow they’re all of those things simultaneously.

“Who Needs Love” starts out sounding like a 5SOS song like “Amnesia” or a Justin Bieber song, but quickly adds a baseline to an acoustic guitar. Throughout the song there is a vocal sample of what sounds like the girl who says “it ain’t over” in “Topanga” from last year, and it adds to the harmony in a subtle yet beautiful way. But the song contains the elements of the “murder songs” from before, the pain in Trippie’s voice from the sad love songs and the catchiness of the bops.

The same goes for “Til The End of Time,” which somehow sounds like a dancehall song from Drake, if the dancehall aspects of the song were the dressing in a salad of depression. Trippie’s voice throughout the album is what gives him such replay-ability for me. When he screams “yeah” on some songs, you can feel the pain and genuine frustration in it. But at other times, it sounds like he has a ton of phlegm in his throat and it is extremely entertaining and non-replicable. It’s beautiful, in a gross way.

Overall, “A Love Letter to You 4” is a perfect continuation to the first three. It is a full-length project that depicts so many emotions that it’s difficult to not find even one song to be addicted to.

I know that this album will have an immense life cycle for me, and most of the songs will likely be my favorite at one point or another. I think I have connected to this artist through his music in a way I don’t think I’ve experienced before.

I can tell just by listening that this is a person who’s hurt, and a lot of times doesn’t know whether to deal with it by having a good time, through anger and violence or through sobbing and analyzing the irreparable damage.

I have never heard Trippie’s pure sorrow before this album, and it’s an incredible experience to hear it in between songs about murder and songs that I’ll be bobbing my head to for the next few months. 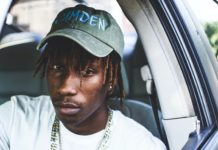 Cardi B Accused of Stealing New Single from NJ Rapper Mir Fontane, Who is Managed by Rowan Professor 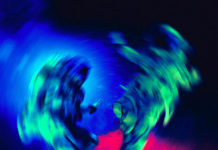 REVIEW: Future and Lil Uzi’s ‘Pluto x Baby Pluto’ is a Dynamic Collaboration Between Two of Hip-Hop’s Most Iconic Stars