Room 144 of the Chamberlain Student Center played host to the Transgender Day of Celebration on Tuesday, an event to pay tribute to transgender people not just at Rowan, but everywhere as well.

“The Transgender Day of Celebration actually started this year with our new director,” Andrew Lewis, a graduate coordinator for the LGBTQIA+ Center and for Tuesday’s event said. “We’ve always done transgender day of remembrance events, which mourned the loss of the lives of trans people, because there’s an epidemic with trans murder and suicide rate.”

While the remembrance event is still happening on another day, this event was a tribute to both transgender people living and dead. Hot chocolate was provided along with a table lined with the names and photographs of famous transgender people.

“It’s about time that we talk about the celebration,” Allie Pearce, the assistant director for Healthy Campus Initiatives (HCI) at the Wellness Center said. “I think it’s great to see that we’re talking about the accomplishments of so many different individuals that you wouldn’t necessarily know about and they’re celebrating their identities as well.”

A few of the names listed were singer Sam Smith, movie director duo Lana and Lilly Wachowski and MMA fighter Fallon Fox. These influential figures were named by Lewis to the “Trans Walk of Fame.”

“I think it’s really important,” said Jardin Cassell, who is the coordinator of the True Colors club. “Though I’m a part of the (LGBTQ) community, I don’t know everything. So coming here and seeing the Trans Walk of Fame, to see people who I either had no idea were trans or had just recently come out as trans [was enlightening].”

The event also had the secondary purpose of educating people on what it means to be transgender and to show people that not all transgender people are the same.

“I think a part of this event is that we have all of these stars on our Transgender Walk of Fame and wanted to have trans people that are not just actors, singers that you see in the media,” Lewis said. “There are trans lawyers and writers and MMA fighters and government officials and all types of people you wouldn’t necessarily see everyday, but we want to bring awareness to the fact that trans people exist on all facets of life.”

This awareness is perfectly timed with the fact that the festival took place on Nov. 18, the second-to-last day of Transgender Awareness Week, according to GLAAD, a media organization dedicated to covering LGBTQ issues and achievements.

The cloudy and misty day outside of the building did nothing to hold back the enthusiasm of the coordinators. 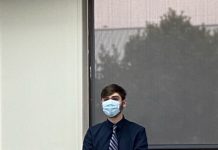 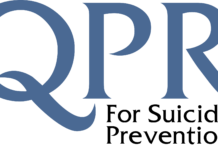 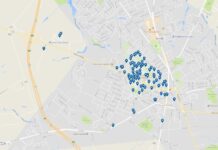