Rowan University’s growing STEM program has long been advertised as a testament to the university’s commitment to solving global environmental problems — with humanities programs seeming to lag behind in the dust.

But what happens if the future leaders of sustainability can’t communicate their science to policy makers? What if a proposed environmental solution can fix climate change — but hurts vulnerable populations in the process?

Can environmental issues really make the world more equitable when they’re viewed through the lens of data alone?

Together, funded by a grant from the National Endowment for the Humanities (NEH), the two professors have created a new program for Rowan University which blends their respective disciplines: Environmental Humanities.

“I study the environment, but I’m not an environmental scientist,” Howell said. “I study the human, cultural, political and economic dimensions of environmental issues. So for me, one of the types of insight that we miss a lot of the times when we study environmental problems, are the contributions of history, philosophy, literature and the humanities, broadly defined.”

Howell and Crowley first applied for the NEH grant in 2016, the first year that such a grant competition had ever been held. It’s allowed them to fund their work for three years, of which 2020 is the last.

To Crowley, all knowledge is useful. He hopes that this program will change some students’ skepticism about the usefulness or applicability of gen-eds to their comprehensive educations.

“The grant itself is to help humanities engage other parts of society, other parts of the university — which I think Jordan and I both have a really strong interest in, especially at a place like Rowan where STEM is so strong — and I believe the humanities is also really strong, but there aren’t a lot of opportunities to interact with each other,” Crowley said. “The specific topic around environmental issues, we both recognize, is so vital, and so it really should be a focus of what we’re doing as a university, as individuals. To be able to collaborate between STEM and humanities around this issue is…a no-brainer.”

Environmental Humanities is available as a Certificate of Undergraduate Study (CUGS) which is open to any student in the university.

A series of lectures by visiting professors has taken place for the study on campus over the course of the past two years, and new classes were also created to accommodate for the focus on Environmental Humanities. These span multiple colleges and departments, including those in English, Philosophy and Religion Studies and Engineering.

Crowley, for example, teaches a new section of the Experiencing Literature gen-ed, which focuses much of its analysis on the environment.

“I teach a lot of literature from environmental perspectives,” he said. “Literature has a tendency to privilege things like culture and language, and those kinds of interpretive, subjective kinds of things — and to be somewhat skeptical of the absolutes of science. And then we confront something like environmental crisis — that if you’re saying, ‘Well, you could interpret this differently,’ you run into moral problems and complications. The idea of scientific literacy — how many people in our society are skeptical of climate change, just because they don’t have enough scientific literacy? Even when you’re studying a novel, knowing something about science, something about engineering, can be really productive.”

Along with the CUGS, the program also recruited “faculty fellows” who were interested in the relationship between the environment and the humanities. These fellows developed 15 unique learning modules which can be used in classrooms both at Rowan and in universities around the world — all available for free via the Rowan Library.

“So an engineering professor,” Howell explained. “All the tools that she might need to bring some element of history or literature into an engineering class: we wanted to provide faculty with everything that they would need to incorporate some of these humanistic ideas or concepts into their STEM classes without making them do all that work themselves.”

Some faculty fellows have begun research projects together; others have used Environmental Humanities as a launching pad to start their own new classes.

Both Howell and Crowley cite Environmental Humanities as an impetus for growing interdisciplinary communication at Rowan — and both are excited to experience the outcomes.

“It sounds kind of silly to say this,” Howell said, “but sometimes professors on campus don’t know what other professors are researching or what their interests are. So making this group available, people get to meet each other and start collaborations around teaching and research. And all of those things can get a life of their own.”

“The desire to collaborate is there,” Crowley said, “but the institutional mechanisms often aren’t, so I’m really hoping that that will bear fruit in terms of some of the research that gets done, some of the teaching that gets done — and that might actually translate into something effective in the world. That’s what we all hope for.” 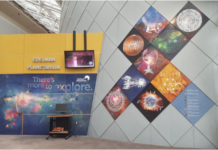 Editorial: Is STEM really more difficult than the humanities or social sciences? 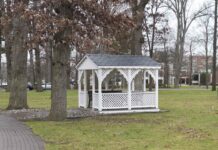