When “BoJack Horseman” was first released on Netflix in 2014, no one was quite sure what to expect from this animated show about 90’s-sitcom-star trying to stay relevant. Of course, there were assumptions that the show would be comedy-based due to the animation and portrayal of animals living as human beings, but that wasn’t entirely true.

While there are comedic undertones to the show, it’s not the primary focus of the Netflix series. “BoJack Horseman” surprised everyone by straying away from its assumed genre and instead focused on societal issues such as mental health, addiction, political corruption, feminism and much more. Each of these issues is portrayed in an intelligent, creative, and thought provoking way. Even now, as the series comes to an end, it is just as good at this, if not better.

The first part of the final season of “BoJack Horseman” was released on Netflix just last Friday, Oct. 25, and it did not disappoint. Throughout the five other seasons of the show, we have seen BoJack constantly on the verge of self improvement. We have watched him make mistakes, make excuses for them, finally acknowledge them, and then fall off the deep end just as we are waiting for him to make a positive change in his life.

Finally, in part one of season 6, we are able to see BoJack actively trying to be a better, healthier person. For a large portion of the eight episodes, he is in rehab. We learn even more about BoJack and his alcoholism, where we are able to see his first drink and how he became dependent upon the substance, as well as how his addiction has affected the people around him. We watch as BoJack reaches out the people who have been by his side despite his constant indiscretions, all the while allowing those characters to be explored.

BoJack’s biggest regrets are addressed. While we, as an audience, want to root for BoJack, we cannot do this without acknowledging his many mistakes. This season addresses those mistakes and flaws in a big way, particularly with two low points in BoJack’s life that seem to keep following him around; the death of his previous costar, Sarah Lynn, because he feels responsible for her overdosing, and the “big” low point when BoJack ended up drunk and in bed with his ex-girlfriend’s teenage daughter. After addressing these mistakes, and acknowledging the pain he has caused, BoJack is able to move on. We finally see real self improvement.

On the other hand, many of the show’s other main characters are struggling. For example, one character in particular who has always been there to support BoJack is Princess Carolyn, who is struggling to balance work and her new baby. We watch as this character, who has always been so put together in contrast to BoJack, fall apart. I think this is an excellent part of the season and portrays the character’s exhaustion in a realistic and visually intriguing way.

Diane Ngyuen is another vital part of BoJack’s support system, and receives letters from BoJack while he is in rehab. While Diane cares deeply for her friend and is a large part of the reason he finally took the initiative to get help, she has problems of her own. Diane is a passionate journalist, working to take down a corrupt company, who then loses that job due to the aforementioned company buying the company she worked for, putting a strain on her relationship with her new love interest.

Diane eventually makes the decision to move from LA to Chicago with this new character, and write her own book. This does seem like the right decision, but then we watch Diane struggle with depression. This is another thing “BoJack Horseman” does extremely well, the portrayal and discussion of mental illness.

Depression is touched on again with a different character, Mister Peanutbutter, who is pretending to have depression in order to gain sympathy from the general public after a scandal about him broke loose. This is important because in doing this, the show both portrays depression in an accurate way and comments on the way mental illness is often romanticized in the media.

Finally, at the end of the season, we watch as BoJack begins a job as an acting professor and is at the best place we have ever seen him. Meanwhile, his younger half-sister attends a party where she meets a man who is about to reveal one of BoJack’s darkest secrets.

The way the first part ends leaves the audience in anticipation for the second of the season’s release on Jan. 31, 2020. Will this reveal send BoJack spiraling again, or will he be able to continue moving his life in a positive direction while finally making amends for his past actions? These first eight episodes are an excellent start to the beginning of the end.

As always, “BoJack Horseman” tells a beautifully tragic story in a funny and captivating way. I look forward to the second half of the final season, as we all wait to hopefully see this once seemingly irredeemable character reach the redemption that he has been craving since the first season. 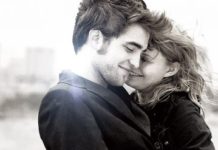 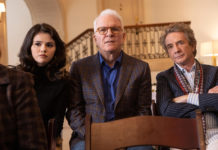 REVIEW: Steve Martin and Martin Short Star in Hulu Dramedy, “Only Murders in the Building” 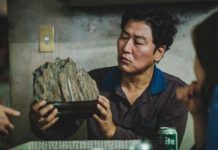 The say from Jay: Volume 1 — How ‘Parasite’ became a sight for sore eyes