‘Women In Sports’ will highlight the high points and accomplishments that women have achieved throughout the world of sports during the week.

“It is incredible how far women have come and women in sports have come,”

While the excitement of the first week of school was taking over here in Glassboro, up in New York City there was a different reason to be excited. That was, of course, the chance for history to be made during the biggest American tennis tournament, the U.S. Open.

Held from Aug. 26 through Sep. 8 in Queens, the big story surrounding the tournament was if Serena Williams would finally be able to tie Margaret Court for most Grand Slam titles in history with 24. And with her going to the finals on Saturday night, the chances of this happening were very high.

But even with her momentum of winning all but one set through the entire tournament, her quest was cut short once again. In the finals, she was defeated by 19-year old Bianca Andreescu 6-3, 7-5. This loss in the finals was Williams seventh attempt to reach 24 since her last Grand Slam win at the Australian Open in January 2017.

Now, while the result was disappointing for Williams, the same can’t be said for the future of women’s tennis. With Andreescu’s win, she became the second woman in a row to win the U.S. Open under the age of 21.

Aside from Williams and Andreescu, another one of the biggest stories coming out of the tournament was the match between last year’s U.S. Open champion, 21-year old Naomi Osaka, and 15-year old Coco Gauff and the sportsmanship they showed.

With so much young talent the future of tennis is in great hands.

But tennis wasn’t the only sport that women were excelling in this weekend.

In the WNBA, the regular season came to an end, confirming the eight teams that would go to the playoffs that start this Wednesday.

It also meant Elena Della Donne would become the first WNBA player ever to end the regular season averaging over 50% from field goal range, over 40% from beyond the three-point arch and over 90% from the foul line. Only eight NBA players have ever accomplished the same line.

The women’s sports teams at Rowan also had a big week.

The field hockey team has gone undefeated the first three games this season and the women’s soccer team has lost only one of their first four games, the only loss coming in an overtime match. In Philadelphia, the women’s cross country team came in second place at the Philadelphia Metro Championships, with junior Alyssa Sanders coming in first overall individuality for the second week in a row. And the volleyball team also is getting off to a hot start going 5-2 so far. 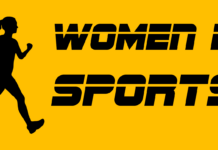 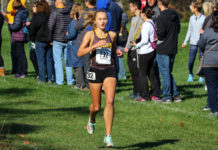