The lecture included a lot of facts about Native Americans, stories about their struggles with environmental racism and surprisingly a lot of numbers.

In case you missed the lecture or didn’t catch some of what was said, here are some of the important points from Messinger’s speech by the numbers.

Two million: In April 2017, while constructing the Rover Pipeline in the Midwest, two million gallons of drilling liquid were spilled. The spill contaminated the land and water in the surrounding area.

1996: The year the Iron Eyes Cody public service announcements were unveiled. Iron Eyes Cody was a Native American who was depicted in a painting as watching the deterioration of the environment. A powerful PSA showed the painting to the world.

557: Today there are 557 federally recognized tribes and 325 reservations left.

75%: The percentage of Native Americans today who live in urban or general areas.

27%: The percentage of natives who are in poverty, the most of any race in the U.S.

4.2: Natives live on average 4.2 years fewer than any population in the U.S.

One in five: The number of Native Americans who have two or more chronic health problems. 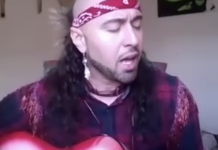 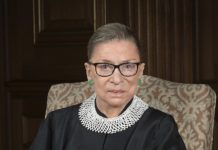 Lonsdorf: RBG Leaves Behind a Legacy More Complex Than That of a “Girl-Boss” 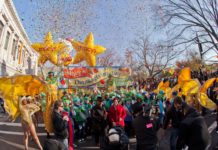