On Friday morning, in the lot next to the Richard Wacker football stadium, a unique service organized by the Office of Volunteerism, Community Engagement and Commuter Services called Fresh for All was hosted to give fresh produce to the Rowan community.

The service provided free vegetables, fruit and dairy to Rowan students and citizens of Glassboro. The produce offered changes frequently according to growing seasons and what food is available to give away.

William Hendrixson, the program’s undergraduate student coordinator, emphasized the importance of people coming to the event.

“If you can put this food to good use, come get it,” said Hendrixson, a junior with a dual major in Computing and Informatics and Management Information Systems.

Rowan’s Fresh for All, which occurs weekly throughout the academic year, receives food through a partnership with Philabundance. By accepting surplus produce from grocery stores and farmers, Philabundance keeps farmers and stores from taking a loss and tossing the food. They give leftover produce to Philabundance, which then distributes it to their partners.

Nothing is required to attend the produce market. You don’t need your ID, but bringing a bag is recommended to make carrying produce easier.

Richard Pairazaman, a sophomore Music Industry major, expressed his intention to share his food, including carrots, celery, apples and cabbage, with his housemates.

“I live in a house with a bunch of other students. I’m going to say, ‘Hey guys, free food,’” Pairazaman said.

Many students who went to the event attributed their attendance of the market to the produce being given away for free.

Shankar P. Khanal and Anjana Khanal, two students going for their Ph.D. and Masters in Chemical Engineering, respectively, went to reduce the money they spend on food.

“We can save a little money coming here, around 15 to 20 dollars,” they said.

Not all those who attended had financial responsibility as their reason for going to the event.

“I think it’s very important to eliminate food waste in our community. Anything local to cut down on the cost of gas travel and other sorts of emissions that come from not buying local produce,” Sammy Jo Stimpson, a senior Communications major and History minor with a certificate in Philosophy, said.

Stimpson also had concerns about the fact that even late shipments get turned away from grocery stores, considering that there are people in nearby communities who are dealing with hunger.

As more people start to attend on Friday mornings, the more the Fresh for All program at Rowan will grow.

For comments/questions about this story, email features@thewhitonline.com or tweet @TheWhitOnline.﻿ 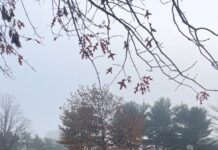 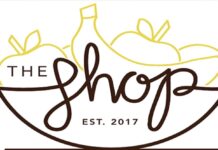 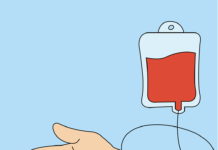