It is hard to believe that May has finally arrived. After our goofy winter of nuisance snow storms and roller coaster temperatures, we are finally experiencing some nicer weather.

However, with the anticipation of the scorching summer days ahead comes the threat of something that always bears watching…hurricane season.

The hurricane season officially begins on June 1 and runs all the way through November 30. The peak season happens around September 10; this is typically when the ocean water temperatures begin warming and storms have an easier time strengthening.

Though it is rare for storms to develop in the “off-season,” tropical systems have formed in the past, like last year when Alberto formed into a tropical storm on May 25 or Arlene in April of 2017.

Believe it or not, there was even a category one hurricane, Hurricane Alex, that formed in January of 2016 and affected Bermuda. Again, it is rare, but not uncommon for the Atlantic basin.

So, how do hurricanes form? Typically, they start all the way in the opposite side of the Atlantic as an area of thunderstorms. As they move off the coast of Africa, they form into clusters and begin strengthening as they continue westward through the warm ocean waters. High and low pressures clash and the warmer moist air begins rising and cools off. The water droplets in the air then forms the clouds. The whole storm will rotate and spin counterclockwise. When the storm spins faster and faster, an “eye” begins to form in the center.

Sometimes there is Saharan Dust that blows over Africa and destroys the hurricanes from ever forming. That air is too dry and will literally cut the top of storms from growing.

Now you may be wondering, what is the difference between a tropical storm and a hurricane? It really all comes down to the sustained wind in the storm. A team of meteorologists from The National Hurricane Center use an airplane with special weather equipment that flies through the center of any tropical system. That is how they measure the wind speed and then classify a storm.

Tropical storms and hurricanes are measured by their own scale, named “The Saffir-Simpson Scale,” which was created by Herbert Saffir (a civil engineer) and Robert Simpson (a meteorologist) in 1971. The wind must be sustained at these speeds for one minute or longer to get an official classification.

So, what are some preparation tips for anyone who may experience a hurricane?

It is always best to be prepared no matter what happens. People should look into purchasing a hurricane kit, filled with first aid, medicine, food, water, batteries and flashlights, to name a few. People should also protect their personal items, including their license, records, money and cell phone. Also, do not forget supplies for your pets.

Recently, AccuWeather has released their outlook for the upcoming 2019 hurricane season. Meteorologist and Atlantic Hurricane Expert Dan Kottlowski is predicting a near-to-slightly above average hurricane season with 12 to 14 named storms (tropical storms and hurricanes combined).

Five to seven of those could become a hurricane and two to four could become major (category three or higher).

But there is some good news! An El Niño pattern is expected to take over, which typically lowers the amount of hurricanes that form in the Atlantic, due to wind in the upper-atmosphere that tends to rip storms apart. 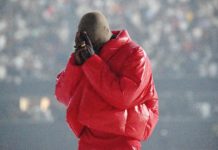 REVIEW: Kanye West Invites us to Join him on the Road to Recovery on “DONDA” 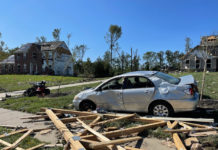 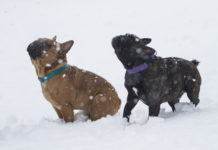