Let’s ask Aunt Becky, AKA actress Lori Laughlin, what happened to the unpredictability of your precious children getting into a prestigious school.

How about “Desperate Housewives” star Felicity Huffman? Does her equally-famous husband William H. Macy have an answer?

How about the scores of other wealthy parents who have been indicted in a widespread fraud scandal to catapult their children behind the ivied walls and marble arches of schools like Harvard and Yale?

Loughlin and the rest of the idiotic Beverly Hillbillies involved with this scheme partnered with William Rick Singer, CEO of the college admissions prep company The Key, according to reports from CNN.

The parents paid between $15,000 and $75,000 to up their children’s score, typically hiring a third-party to take the test in their place or replace answers with the correct ones.

Athletics departments were also bribed. Loughlin and her fancy-ass fashion designer husband Mossimo Giannulli forked over $500,000 to have their two daughters designated as recruits to the University of Southern California crew team, according to CNN.

You know what’s even more unpredictable and unwholesome (damn you, Lori, for ruining Aunt Becky and her warmth)? Neither of her children ever rowed a day in their lives. Athletics department officials and coaches went along with this scheme to line their Ivy league pockets further.

The point of this isn’t to call for a Marxist revolution and demand Aunt Becky’s mansion be razed to the ground, along with her husband’s designer crocodile-skin purses or whatever garbage he passes off as fashion.

The benefits wealthy individuals receive in our society are certainly worth questioning and cases like this place a microscope on the system of complex elite shenanigans that often go overlooked by the masses. Will more schemes be uncovered in coming months or years? How intertwined is wealth with all aspects of life?

Perhaps we need to rethink the entire model of education. As it stands, getting a Bachelor’s degree is seen as the new high school diploma. Further, more jobs are requiring Master’s degrees to even be considered.

We are currently in a college degree bubble, similar to that of the housing bubble that caused the 2008 financial crisis. Mounting evidence shows that federal student aid programs and the ease with which massive loans are given to essentially any young person convinced they must attend college have driven up the cost of what used to be a relatively affordable endeavor.

According to a “Trends in Pricing” sheet from the CollegeBoard, tuition at a four-year private college cost an average of $34,740 for the 2017-18 school year. Public universities typically charge in-state students $9,970 and out-of-state students $25,620.

Since so many students are now going to college, largely due to freely flowing aid and loans, the price of a degree has smashed through the roof and continues to reach for the sky. Young professionals are being saddled with mountains of debt that often follow them through the decades, and sometimes hangs as an albatross around their necks until they’re deader than the character of Aunt Becky now is to all of us.

Why bemoan the whole college system in relation to this scandal?

They’re very interconnected. The wealthy can afford to pay the exorbitant costs of a four year private college tuition and they can also afford intensive hours of SAT prep for their children or can spend money on years of personalized coaching and training for their wittle future tennis champions.

Oh, and apparently they can afford to rig the whole system. Laughlin and her ilk are very desperate housewives, yearning for the status symbol of an elite degree for the projects that have become their children.

By making their own bloodlines into status symbols, shielded behind institutions that allow for this to happen, the rest of us are shown the truth of it all: The system is rigged.

What’s the answer to all of this?

Don’t blindly follow along without asking questions. Don’t forget that the college system is just that: a system, full of corruption, false promises and a costly price tag.

Certainly, it has its benefits.

But it’s vital to see the beast in its entirety. Rather than looking at it for just its soft fur (enlightenment, critical thinking, networking, etc.), we must also notice its fangs waiting to bite into our jugular (and pockets) if we’re not careful. 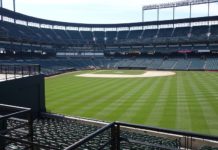 How the coronavirus has taken over the sports world 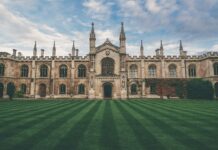 Heller: The wealthy buying their way into prestigious colleges is nothing new