The Twittersphere woke up Tuesday morning to what could be the most dominating beat in the 2020 Democratic presidential campaign. That’s right, folks. It’s official! The independent senator from Vermont, Bernie Sanders, is running for president of the United States. Sanders is now the 13th democratic candidate to throw his or her hat in the ring and the only candidate, so far, to seek the nomination a second time. Although former supporters are elated about the news, many are nervous about what exactly that might mean for Democrats in the next year and a half.

The competition is becoming pretty stiff on the Democrats’ side, and with Sanders in the mix some on the moderate side of the party are extremely wary of a repeat of the 2015-2016 primary elections. All skepticism aside, with his popularity among young people, blue collar workers and urban minorities in 2016, Sanders’ campaign might actually have a sizable chance in gaining the nomination this time around, and what that entails moving forward in 2020 holds a variety of factors.

He has learned from his mistakes

In some respects, Bernie Sanders has been campaigning since 2017. Ever since his defeat in the primaries and the subsequent election of Donald Trump, Sanders has made a near constant effort to remind the American people of his ideas and political beliefs. However, what cost him the nomination was a mix of problems. Though he started his campaign early in 2015, he really wasn’t making his bid for the presidency a full-time job. He continued to remain active in the Senate throughout 2015, and by early 2016 he began to concentrate his efforts into beating Hillary Clinton, but as it turned out, part-timing a bid for the presidency while being a full-time Senator didn’t leave him much room to be organized and productive.

Furthermore, his coalition and campaign were incredibly disorganized. Due to his absence throughout 2015, his campaign had no central force to either keep them in line or discipline them when it came to accusations of workplace harassment and unequal pay. Nonetheless, Sanders has indeed learned from his mistakes. He has already raised more money in 24 hours than Kamala Harris has when she announced her candidacy. With the American Civil Liberties Union’s national political director, Faiz Shakir, being his new campaign manager, Sanders’ campaign will likely be more robust than in 2016.

He was a socialist before it was cool.

Sanders’ popular ideas of medicare for all, free education, Wall Street accountability and environmental protection have resonated with voters since 2016. His socialist beliefs are possibly best exemplified by the new Democratic members of Congress. Alexandria Ocasio-Cortez, one of the Democratic Party’s most outspoken members, has supported initiatives that Sanders has been proclaiming for years. Incredibly, younger generations, particularly Millennials struggling through student debt, now have a less favorable view of capitalism than any other generation before them.

As a result, Sanders’ “Democratic socialism” is becoming more and more mainstream. Prominent Democrats such as Senators Kamala Harris and Chuck Schumer, and House Speaker Nancy Pelosi, have favored legislation that Sanders has been preaching for four years. Medicare for all, taxing the wealthy, workers’ rights and protecting the environment is likely going to be the focal point throughout the campaign trail, but what makes it different this time is that Sanders will now have a word in edgewise on the trail.

Amy Klobuchar, Kamala Harris and Elizabeth Warren are among Sanders’ biggest threats in gaining the nomination. If he does win the nomination, he’ll have to unite the party by the time the general election rolls around. Sanders’ campaign will likely be the same populist campaign that he ran in 2016, but far more organized. He’ll probably use the same tactics he used on Hillary Clinton or the other candidates during the primaries and though he might win using those same tactics, he’ll probably be viewed negatively among moderate Democrats.

What he might have to do to ensure his victory is compromise some of his core beliefs. If he does come out on top, he’ll be the oldest candidate to run for President. At 77 years old, many will be wary of his age. Being in the most stressful job in the world would likely have a huge impact on his health. Sanders must nominate a “mainstream” or moderate Democrat for vice president that won’t scare moderate voters away. Running mates like Kamala Harris or Amy Klobuchar will likely be his best options, and if someone like Harris or Klobuchar does win instead of Sanders, they would err not to nominate him, or risk fracturing the party.

There’s no doubt that Sanders’ entry into the 2020 race is likely to overshadow the other candidates on the campaign trail, but with his ideas resonating with the American people, a newly organized coalition and his ability to compromise with established Democrats, Bernie Sanders might actually give Donald Trump a run for his money in the general election. Congrats, Bernie Bros. Your prayers have been answered!


For questions/comments about this story, email editor@thewhitonline.com or tweet @TheWhitOnline. 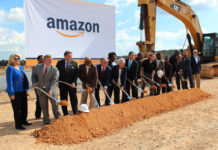 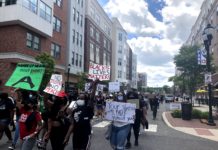 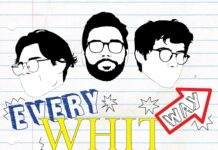