The Department of Environmental Science hosted Darwin Day at the Chamberlain Student center Tuesday afternoon. The event was marked with science trivia, fossil displays from the Jean & Ric Edelman Fossil Park and a discussion of biodiversity.

The event was held to celebrate Darwin Day, a day that commemorates the birthday of Charles Darwin, and is used to highlight Darwin’s contributions to science and to promote science in general. Throughout the event there were trivia pieces that acknowledged major events in Darwin’s life, such as his famous trip to the Galapagos Islands and his publication of his most famous work “On the Origin of Species.”

Darwin’s impact on science as a whole is best exemplified by Rowan’s own assistant professor of environmental science, Dan Duran. Duran, whose first classes start next semester, is a biodiversity researcher at Scotland Run Park. His research has discovered new species of insects, as well as ways of explaining why certain species are important.

“What I’m trying to get involved in is to catalog these species before they’re gone and then to give arguments for why our basic survival and quality of life is based on biodiversity,” Duran said.

Among the scientific displays were the Jean & Ric Edelman Fossil Park display of its recent find of a nearly complete fossil of an ancient turtle from the Cretaceous period. Paul Ullmann, a geology professor at Rowan and one of the leading researchers at the fossil park, says that their recent discovery of a nearly complete turtle skeleton proved to be incredibly valuable to paleontologists.

“We have a very productive bone-bed layer at the fossil park,” Ullmann said. “It dates to around the end of the age of dinosaurs and what we had on display was the remnants of an ancient sea turtle. The nearly complete fossil helped us figure out that previous fossil finds that were thought to be different species of turtles were in fact the same turtle. Without this find we wouldn’t have been able to discover that they are indeed the same species.”

When asked about the importance of the fossil park, Ullmann explained the park’s productivity and educational merits.

“We’re in a great position to reach a wide audience,” Ullmann said. “Due to the site being in the middle of an urban area, it gives us all sorts of ways to participate with hands-on engagement in science.” 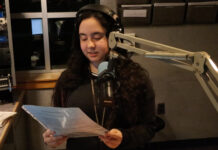 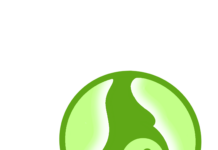