The Edelman Planetarium celebrated the landing of the InSight lander on Mars at a Monday streaming of NASA’s live broadcast of the landing. The event was free and open to the public.

The Planetarium typically hosts hour-long public shows on the weekends, different half-hour family shows each month and allows private organizations to hold their own events.

The presentation on Mars was hosted by Dr. David Klassen, who is the chair of the physics and astronomy department. It began with an exploration of Mars with the recently updated planetarium system.

When the lander was making its final approach, the atmosphere in the NASA control room was quiet and tense.

“It was amazing how just watching a video of people sitting in a control room can still be suspenseful,” Klassen said.

The broadcast also featured information on the purpose of the lander and live footage of the control room at NASA.

After InSight successfully touched down, the presentation went on to show the history of the satellites, landers and rovers that have gone to Mars.

Both professors and students attended the event.

Melissa Cachaza, a junior art major, was one of the students in attendance.

“I have a big interest in astronomy,” Cachaza said. “I watched spacecraft landings and stuff at home, but I thought it would be more fun to be around people.”

The presentation was about two and a half hours in total and ended with a question and answer session with Dr. Klassen. Students looking for an educational experience, or just something interesting to experience, are encouraged to check out any future shows at the planetarium. 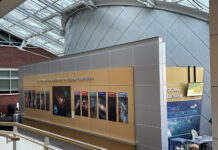 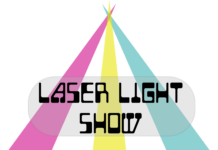