The Chamberlain Student Center & Campus Activities made Rowan students an offer they couldn’t refuse: the chance to watch Francis Ford Coppola’s 1972 “The Godfather,” while also enjoying an Italian-inspired dinner, for no cost.

Though revenge may be a dish best served cold, catering saw to it that pasta served at the event, a tray each of baked ziti and rotini chicken alfredo, was hot and ready. Popcorn and canned soda beverages were also available, as with all Student University Programmers (SUP) movie night events.

“If I could eat another two full plates of the Alfredo, I would,” said sophomore international studies and philosophy double major Gianna Hill, offering a glowing endorsement of the catering. “The brownies were especially good.”

Great films are not born great; they grow great. Based on Mario Puzo’s novel of the same name, “The Godfather” follows the Corleone family, who are involved in the New York Italian mafia over the ten years between 1945 and 1955. It was nominated for ten Oscars, winning three, including Best Actor for Al Pachino. The movie’s enduring legacy can be understood in its screening in the Student Center Ballroom nearly fifty years after its initial release.

“It was awesome,” said sophomore entrepreneurship major Caitlin Maurer. “But I had no idea [the movie runtime] was 3 hours. I’d never seen it before.”

Even for those who have seen “The Godfather” numerous times, the movie’s timeless value still resonates with many students.

Though this has been the final view and chew event for the semester, other SUP-sponsored film events include Tuesday night viewings of “Sorry to Bother You” next week, “The Meg” the week after and “Mission Impossible – Fallout” following that. 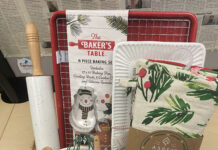 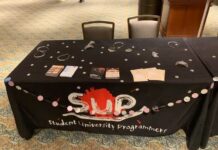 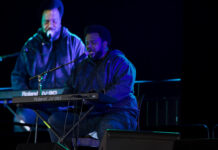