On Monday, Oct. 1, at approximately 5:52 p.m., Rowan students received an alert indicating Glassboro police identified a vehicle belonging to an individual who was reportedly armed. What this brief alert did not disclose was that this vehicle belonged to an unarmed black Rowan University student who was wrongfully profiled. Altaif Hassan was driving in Glassboro when he was suddenly asked to pull over by several Glassboro police officers. Soon after, officers drew their weapons on Hassan and Giavanna Roberson, who was also in the vehicle.

Several students of color took to social media to express their disbelief of police brutality occurring on their own campus. However, this is not the first time black students have been targeted by cops at Rowan University. During an interview with NJ.com, Hassan expressed memory of being pulled over by Rowan police previously, up to 20 times, before Monday’s incident.

In comparison to events held by predominantly white student organizations, the few minority organizations that exist on campus typically have a strong police presence. Uniformed officers are apparent throughout the venue, closely watching and guarding the exit. This is not the same experience at events with predominately white attendees. Police are almost never noticeably present, and these events are never shut down for being “too rowdy or aggressive.” We are taught that college is a place where we are encouraged to be ourselves, a place where we can come into our own. If so, then why are we being profiled for doing just that? If college is meant to be a safe space, then why are we feeling less and less safe on our own campus?

What does one do at this time when things seem so hopeless?

Speak up, students. Do not suppress your voices in an attempt to be more palatable or more accepted. You are not responsible for anyone’s perception of you, especially when that perception is based on skin color. Continue to stand up for what you believe in. The student reactions to this incident on social media shows that students of color at Rowan University have no problem rallying behind their fellow peers. Solidarity was shown for the student by the re-posting and sharing of videos and articles. However, this sense of passive social media activism is not enough. There are organizations put in place so students have an active voice and we must use them to our advantage. A town hall was held on Friday Oct. 5 in the Student Center Ballroom for student to express their feelings and experiences regarding the relationship between Rowan students and the police. At platforms like these, it is important to make your voice heard. 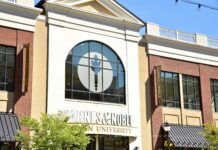 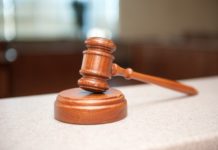 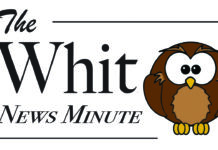